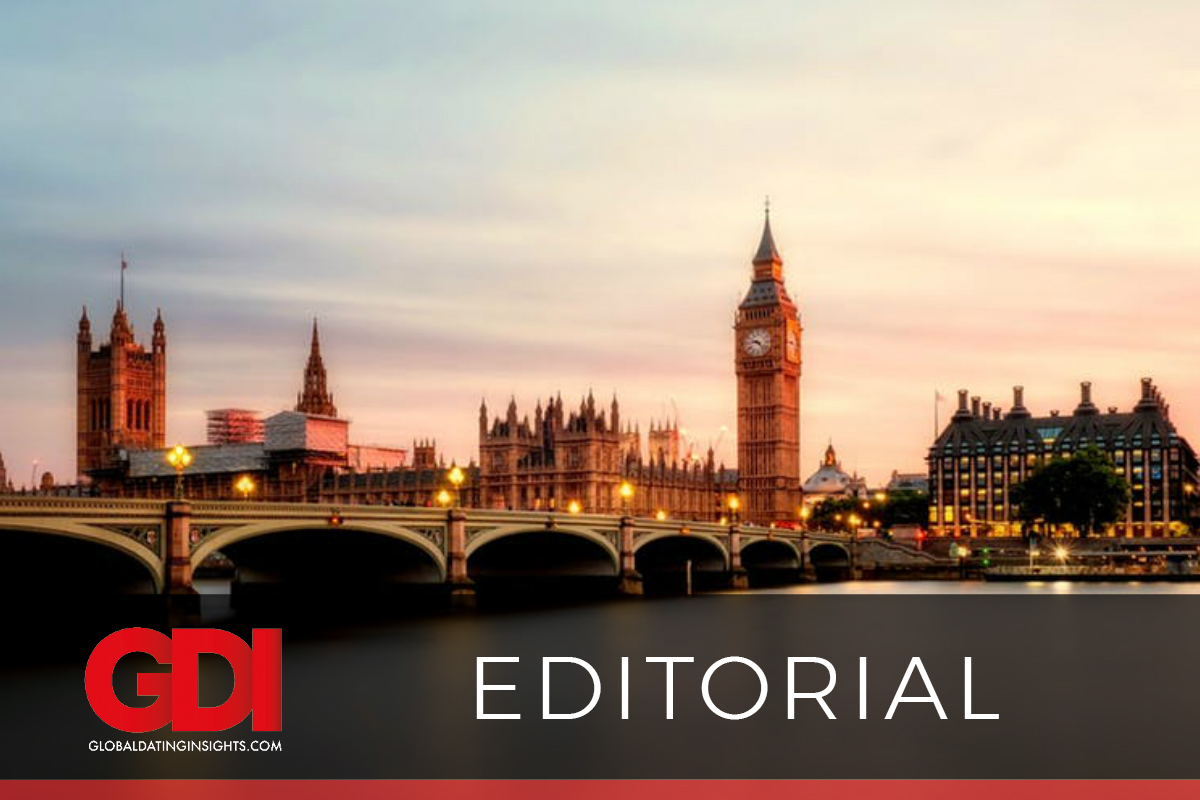 In November, GDI reported (1) that the UK Competition and Markets Authority had begun an investigation into an unnamed online dating operator for suspected unfair commercial practices and unfair contract terms.

We submitted a Freedom of Information request (2) to the CMA in an attempt to learn more about the nature of the operator’s malpractice. GDI asked for the name of the implicated company, any communications the CMA had received from the operator, and information on the CMA concerns about their advertising, use of consumer data and contract terms.

In their December response, the CMA informed GDI that they had elected to withhold the information for the following reason:

“The CMA must be able to carry out its law enforcement and regulatory functions (including those in respect of competition and consumer matters) properly and effectively and the CMA considers that the disclosure of the information of the type that you have requested would be likely to undermine its ability to do so.”

In this GDI Editorial, we speak to ex-lawyer and ex-CMA employee Michael Blakeley, now the Founder and CEO of dating app CLiKD, about the scope and likely outcomes of the investigation.

The Launch of the Investigation

A number of factors may have contributed to the CMA’s decision to launch an investigation into the dating niche. Typically, one (or some combination of) the following occurrences can prompt an enquiry:

After it receives a complaint, The CMA tends to conduct some initial work reviewing websites and T&Cs, gathering complaints evidence and monitoring social media. In particular, it may reach out to the company concerned and ask for further information on the cited issues before deciding whether a case is worth pursuing.

The decision to proceed is not taken lightly, as the CMA must take into account its administrative priorities before deciding to open a case (that this will cost the government money, the potential impact on consumers and the likelihood of a successful outcome).

Scope of the Investigation

The first thing to note is that this is a UK focused investigation, and that the CMA has no authority beyond that remit. It may, however, share information from the investigation with its counterparts elsewhere in the European Union.

Secondly, although the CMA cites the conduct of one unnamed dating operator specifically, the investigation may well have implications for the UK online dating sector as a whole.

The outcome of the investigation could include enforcement against the individual company, but it could also lead to others being drawn in, or to guidance being issued for the whole sector (this was the result when the CMA investigated unfair contract terms in the Gambling Sector (3)).

The CMA is the UK’s primary competition and consumer agency, and the procedures of the investigation are governed by the Enterprise Act 2002. This provides wide ranging powers to investigate, and is able to compel companies involved to supply information and answer questions.

Once the CMA has opened a case, then, in practice, this means that it has taken the decision that there is a possible infringement of legislation. In its press release, the CMA cites two pieces of legislation which it believes will have a particular bearing on the investigation:

Any assessment of how consumer protection legislation applies has to take the prevailing market context and the nature of consumer behaviour, i.e. how the consumer interacts with the company, into account. The fact that the T&Cs reflect ‘good law’ does not necessarily mean they will be found to be fair. Consumer behaviour, and how T&Cs affect consumer experiences in practice, are of paramount concern to the CMA.

The CMA’s ultimate objective when it intervenes using its consumer powers, in any market, is to promote sector-wide compliance with consumer law. Accordingly, whilst it would seem that they undertake individual enforcement cases against a specific operator, they will also be taking a wider perspective and will expect any similar operators in the UK to make equivalent changes to their terms and practices to ensure a consistent approach to legislation. The CMA will also carefully consider whether further enforcement action is required across the sector, should they feel that these issues have not been addressed.

The Focus of the Investigation

The CMA flagged particular concerns about the dating sector in their press release. These seem to include a number of key interactions between operators and consumers on dating sites.

The CMA notes that it is primarily concerned with potential unfair contract terms and unfair commercial practices. This could allude to a number of specific infringements:

Operators that use these tactics as part of their business practice may risk being dragged into the CMA investigation.

Given the nature of the concerns that the CMA has identified during their initial work, it may well decide to use its enforcement powers provided under the Enterprise Act 2002 (if sufficient evidence of an infringement is found).

Whilst it is investigating, the CMA will want to ensure consumers are not suffering – this may result in it making demands of companies before the case concludes. The Enterprise Act legislation provides for the potential for the CMA to seek court orders to stop businesses from acting in breach of consumer law. Alternatively, the CMA can accept appropriate interim undertakings from businesses where these would address the relevant legal concerns.

The CMA will, during its investigation, be keen to understand how restrictive terms and practices will work in practice on consumers. They may also seek to understand any possible industry motivations as to why the service providers are acting in such a manner. The CMA will then look for sensible and practical solutions to remedy any breaches of consumer law.

As far as we are aware, it seems that the CMA have not used their formal powers as part of the investigation to gather information from operators yet. But, this may well be the next step in the process in order to ask for input and information from the company, or from the rest of the industry and the main players.

The CMA investigation has a number of different potential outcomes.

The above article was co-authored by CEO and Founder of CLiKD Michael Blakeley and Global Dating Insights Editor Scott Harvey. The opinions expressed are primarily those of Michael Blakeley, particularly opinions regarding previous case law and actions of the CMA. His personal opinion is no substitute for engaging a dedicated solicitor and obtaining specific advice from a lawyer on any particular case.

Michael has worked in competition law and compliance for over a decade. His previous employers include Tata, MTG, the Cartels branch of the CMA and Feshfields Bruckhaus Derringer. As well as an LLB, he holds an Advanced Diploma in Competition Law from Kings College.