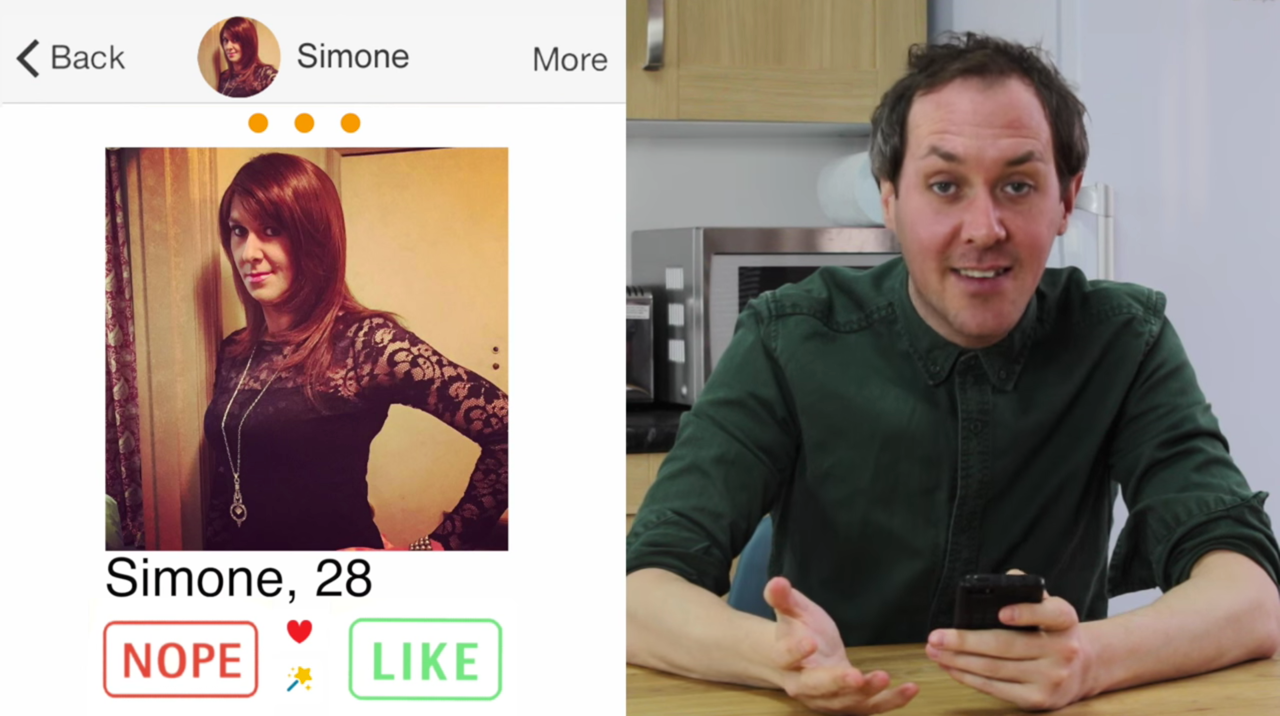 It’s widely accepted that online dating is often a very different experience for men and women.

In an effort to find out just how different it can be for women, British comedian Sy Thomas decided that after getting nowhere with online dating, as a Tinder experiment, he would try it as a woman to see if he could pick up some tips.

To experience things as the opposite sex, Thomas underwent a makeover to become “Simone”, donning a wig, having his makeup done and snapping some profile pics for his new Tinder profile.

And in just three days after posting the new account, his fake profile for Simone received over 400 messages from single men on the app.

In the YouTube video, Thomas then shared some of the surprising, rude, and downright bizarre messages he received from men on the dating app, a selection of which are below: In terms of what he learnt from the experiment, Thomas says he’s going to go for a more honest approach when online dating, rather than focusing on any gimmicky opening lines.

In 2014 there was a similar experiment using Tinder, where pick up artist YouTubers Simple Pickup got two willing Tinder users to line up a series of dates, then made them up in a fat suit before they met their matches.

They then secretly filmed the reactions of their dates, and how they differed between sexes.

You can watch the full video here: