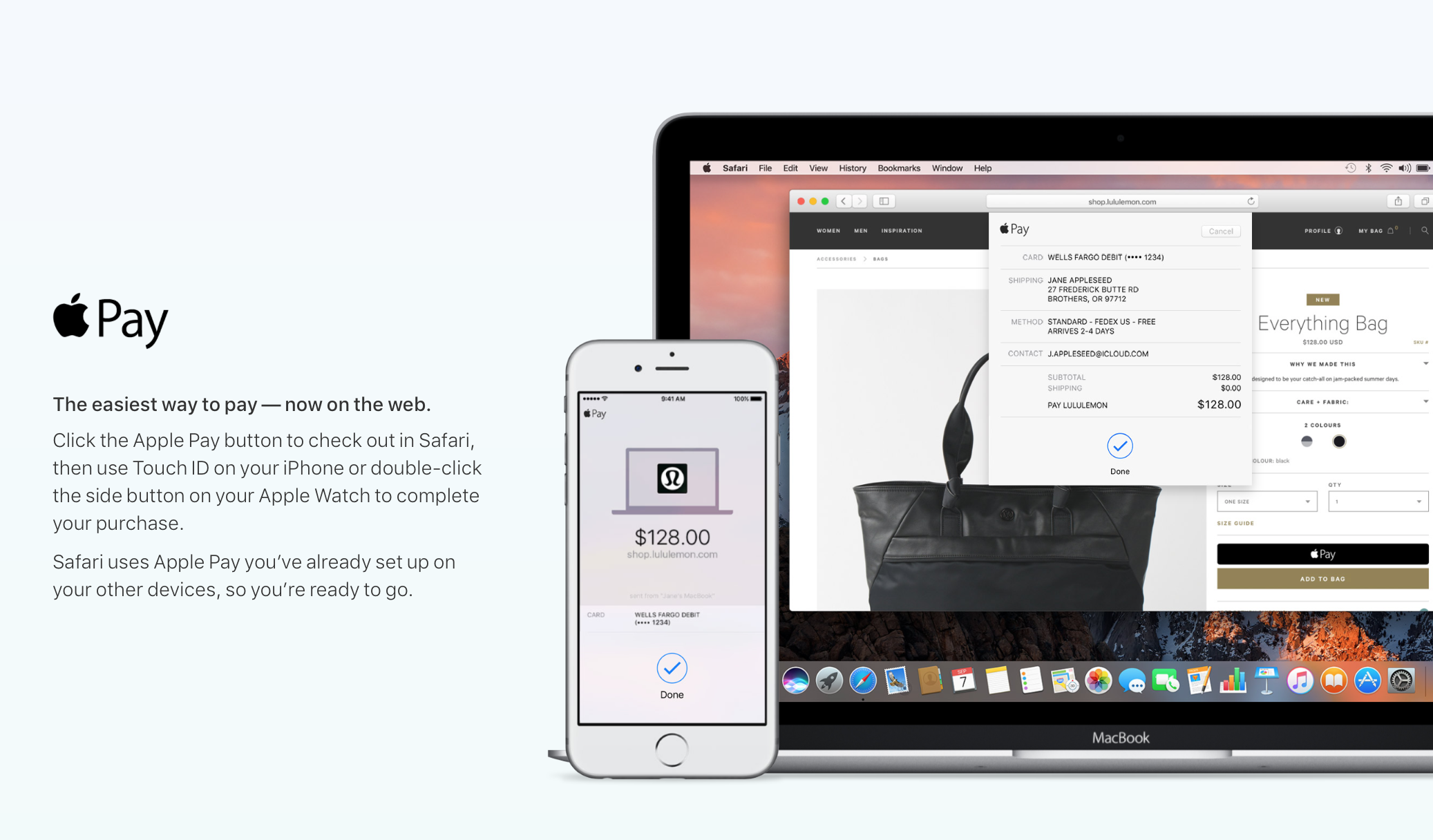 With the launch of macOS Sierra and iOS 10, Apple has started rolling out Apple Pay for desktop.

The two new operating systems were released over the past week, and bring a range of new features for Apple users, such as new messaging capabilities, Siri for Mac, and Apple Pay on web.

To use the payment system on desktop, users simply click the Apple Pay button when it appears online as a payment option.

You then use Touch ID on your iPhone, or click the side button on your Apple Watch, to confirm the purchase.

And with its launch, Apple has said consumers can checkout on over 300,000 participating websites, including 1-800-Flowers, Gilt, Instacart, Lululemon and Warby Parker.

In addition to this, Time Inc. has also announced it is letting customers use Apple’s payment system to subscribe to titles like Entertainment Weekly, Sports Illustrated, People and Real Simple – which could pave the way for Apple Pay being used for quick seamless dating payments.

Jen Wong, President of Digital for Time Inc. said: “Offering Apple Pay as a checkout option for our products and services provides an easier, frictionless purchase experience for existing and new customers.

“As consumers continue to engage with us more heavily on mobile, Apple Pay equips us with a seamless way to deliver core and new paid products and services to them.”

In terms of security, Apple said users’ credit or debit card information is not shared with online merchants and strong encryption protects the communication between a user’s device and Apple Pay servers.

You can use the payment option with an iPhone 6 or later, iPad Air 2, iPad Pro and iPad mini, and with any post-2012 Mac running macOS Sierra.

The system is already immediately set up for Safari users who have updated to Sierra.

With the release, Apple has also added a host of new participating banks around the world.