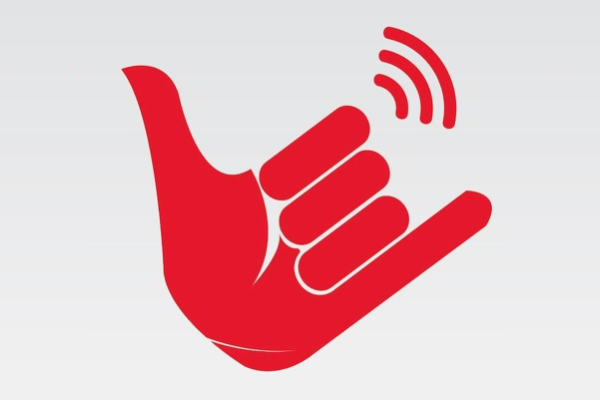 A new messaging app utilises technology which could change the way we interact with each other.

FireChat uses a feature in Apple’s iOS 7 which lets you send messages without any internet connection or phone signal.

Rather than using these normal methods of connection, it uses revolutionary technology which creates a network between devices, via a bluetooth or wireless signal.

The possibilities of this technology has prompted some very excited reactions – Ryan Bradley of Fortune called it “quite possibly the most important thing to happen to the Internet since international network hubs began to form in 1995.”

This signal-free messaging is possible because of something called Multipeer Connectivity Framework, which was released with Apple’s iOS 7 – the operating system used by over 85% of iPhone users.

MCF creates a wireless mesh network – a localised network where each phone becomes a node that connects with other phones through their bluetooth or wireless signals.

This signal has a range of around 30ft, but the more devices that connect – the larger the network becomes.

Apple use the same technology for AirDrop, the feature that allows you to send files between Apple devices.

“Think of a daisy chain, or an old-timey firefighter bucket brigade.

“Two people that are 1,000 feet away from one another are able to connect using the links caused by 20 or 30 other devices. The network could be miles in diameter, even. Or the size of an entire town, theoretically.”

FireChat uses this technology to create an anonymous chatroom app.

After downloading the app, you simply create a username and are entered into a chatroom with two options – Everyone or Nearby.

The messages sent here are not stored anywhere and are deleted when you close the app.

The Everyone option, as the name suggests, puts you in a chatroom with all users of the app, and works as you would expect – connecting over the internet via Wifi or 3G.

But Nearby is the interesting one – it is here where users can send messages to each other without any internet or phone signal.

For example, if lots of people were using it at a festival or concert, you could chat and send photos to everyone, without the need for signal.

Christophe Daligault, an early Open Garden investor, said: “I’ve launched 14 apps on iOS and I’ve never seen anything like this.”

FireChat will soon release photo sharing for the Everyone option, which is already available in the Nearby mode.

However the buzz around FireChat is less to do with the app itself – which feels like a chaotic cross between 4chan and early internet chatrooms – and more about the potential of the technology it uses.

One area of excitement is regarding privacy – because the network has no hub, it means these localised mesh networks are free from hacking or monitoring.

For those in places where the internet is policed by the government, or monitored by surveillance agencies, these networks would provide anonymous messaging, free from authority. As Daligault said: “Nobody manages this centrally. You literally can’t shut it down.”

Another huge possibility is with providing connections in areas which do not have internet – mesh networks would allow those in rural areas who can’t afford internet capabilities to connect with each other.

One can also imagine the benefits of the technology in disasters – to alert people of their location when all other methods of communication are down.

And, as Engineer Mattt Thompson says, the implications for mobile developers are huge:

“It allows developers to completely reimagine how mobile apps are built, and to redefine what is possible.

“And we’re not just talking about successors to the lame bump-to-send-contact-information genre, either: multi-peer connectivity has implications on everything from collaborative editing and file sharing to multiplayer gaming and sensor aggregation.”

Read more about FireChat and MCF here, and download the app here.