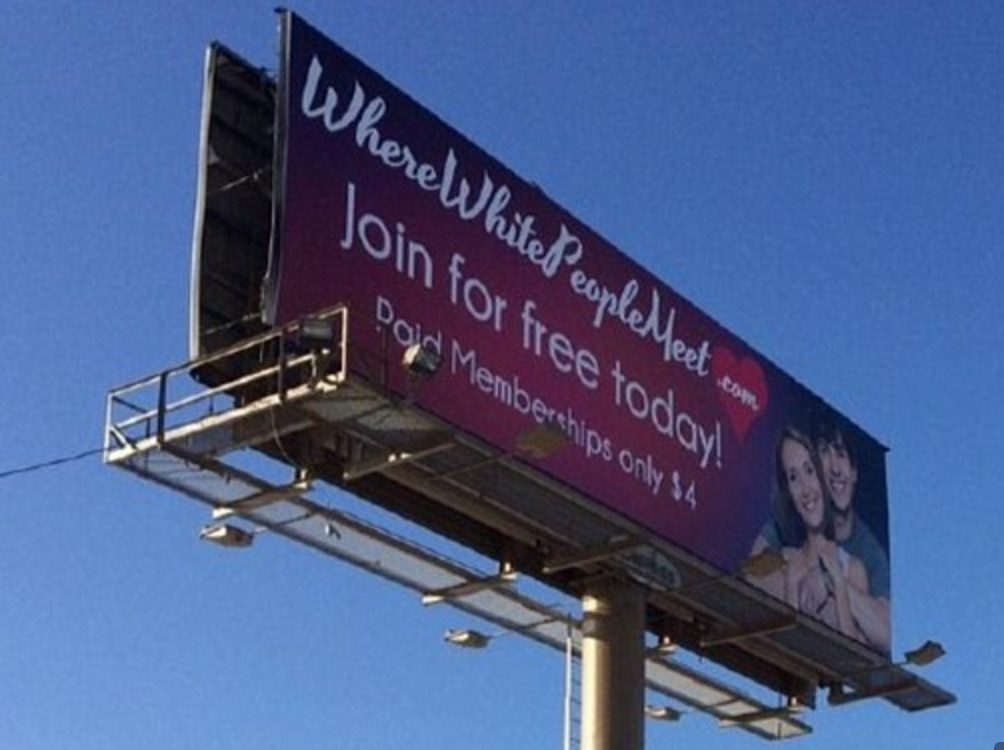 A controversial dating site for straight white people has received criticism after it erected a billboard by a road in Utah.

The ad, which appeared along SR 201 in West Valley City, features a stock photo for a smiling white couple – a picture that has been used by many other dating sites.

The billboard reads: “Join for free today! Paid memberships only $4.”

On the site, the About Us section addresses the controversial nature of the site, saying: “I am sure some of you are wondering about the concept and need for a dating website titled “Where White People Meet.Com”.

“Our answer to that would be why not? There are various dating websites that promote and cater to just about every origin, race, religion and lifestyle out there. So again, why not “Where White People Meet.Com”?”

However despite its obvious focus and domain name, the company says that anyone can join, as long as they are over 18 and agree to “abide by the rules and regulations set forth for all members to follow.” This is presumably to sidestep anti-discrimination laws which would prevent the site from banning people of other races.

Speaking about the site, NAACP Salt Lake branch President Jeanetta Williams told the Salt Lake Tribune: “I just thought it was kind of strange they would put it in Utah. A large population here is white.

“If it were some type of a hate group that was putting these billboards up, we would take a closer look at the actual target. But here we’re seeing other advertisements for dating services for black singles, for LDS singles.”

On New Year’s Day, the site had just 42 registered members, but since press interest over the past few days, this has increased to over 800 and is said to be rising every day.