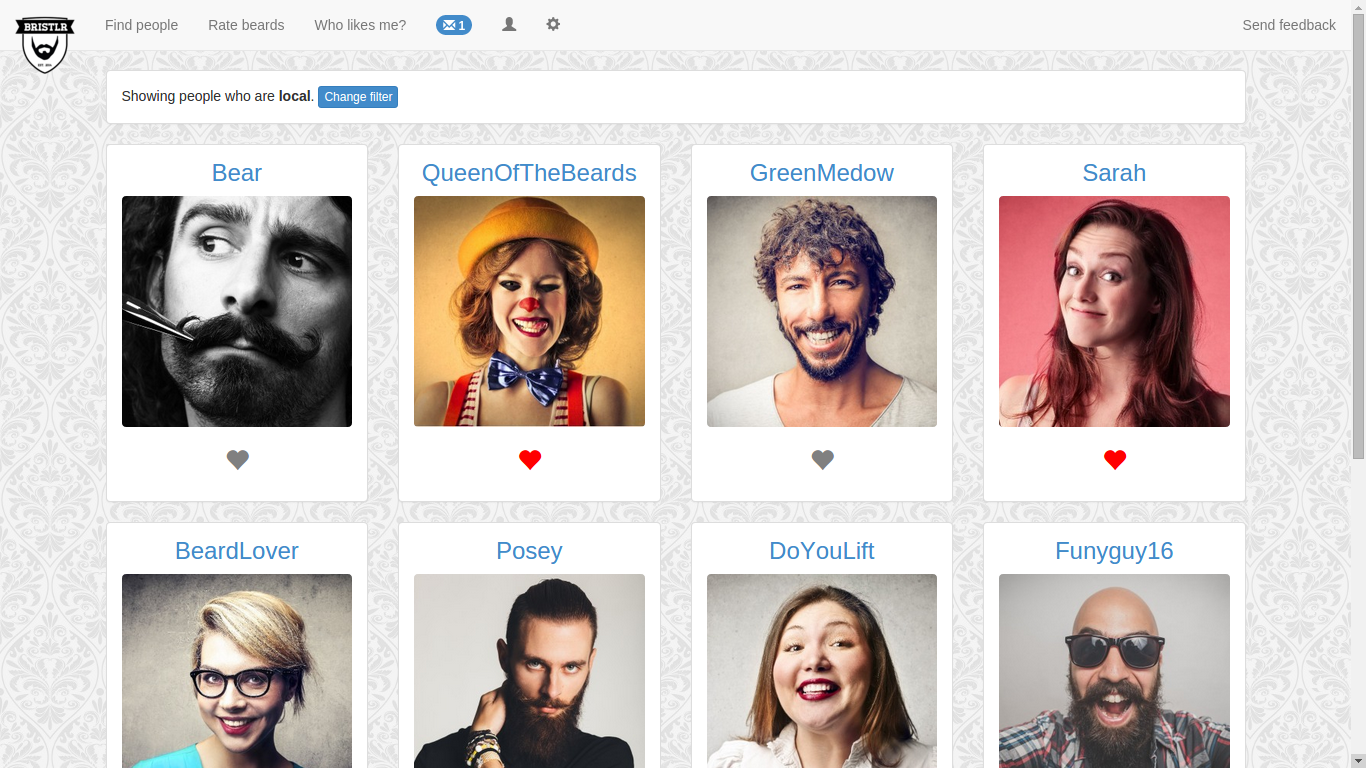 For those who thought every dating niche had been accommodated for comes Bristlr, a site for singles looking for full-bearded partners.

Bristlr, “the social beard network”, connects people who like having their beards stroked, with those who like to stroke beards.

The site comes with a “penchant for trendy words and phrases such as social orientation, location based, and peer-to-peer economy, Bristlr is the innovation in socio-facial interaction you didn’t realise you’ve been wanting.”

It was created by 28-year-old bearded Mancunian John Kershaw as somewhat of a joke, and although he admits the site is a “little ridiculous”, says it now has over 10,000 international users.

The site is currently in open beta, and rather than asking if you are looking for a man or woman, simply asks if you have a beard or not.

Kershaw also included a beard-rating feature, where users can compare, rank and reward the follically-fortunate.

Asked whether it was a dating site, Kershaw said: “Most dating apps are pretty heavy going. We shifted the focus from hook ups to a more light-hearted, warmer-in-winter kind of thing. Instead of expecting to go home with someone, we hope to have a nice chat and share a mutual admiration of a beard or two.”

The site has over 10,000 users, and yesterday on Facebook said they had experienced their “biggest ever spike in signups”, following some national press.