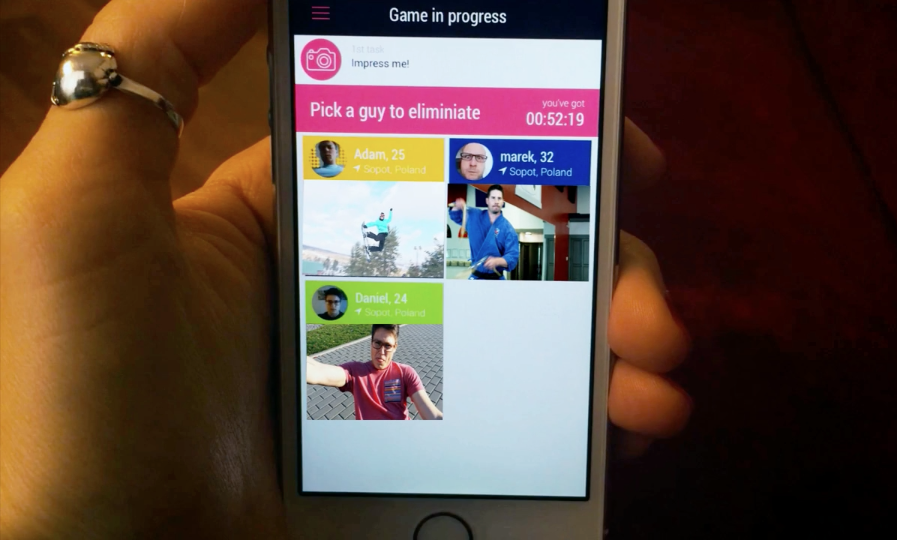 A new dating app from Poland gives control to women by letting them filter out guys with a fun truth or dare game.

Women using the app prepare “tasks” – which could be anything from a cheeky question, to asking potential suitors to film themselves dancing – which the guys vying for their attention must complete.

The men get the chance to show off their personality and creativity with how they complete the tasks.

At the end of each task, one guy is eliminated by the girl, until there is only one left – who she then grants chat access to.

You are only allowed a maximum of three tasks. “We went back to the roots of flirting by giving due attention to the girls, along with a field for the guys to show off and fight over the girls.”

The idea for Elimi was created in London at the Startup Weekender, when someone posed the questions of how people could innovate in the dating space.

Founder ÅabÄ™dzki said they have over 5,000 users since launching in late October, and have raised $135,000 in funding.

Elimi – Flirting is a game! #HaveFun from Elimi on Vimeo.