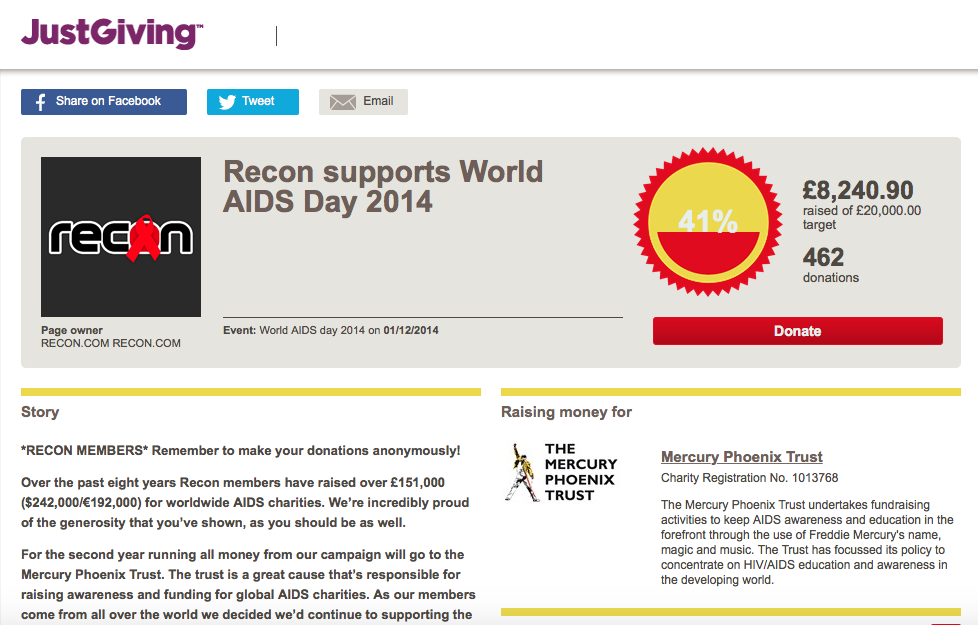 Their Just Giving campaign has so far raised £8,240 from 462 donations.

World AIDS Day is on December 1st, and raises money for charities across the world helping to battle the disease.

Over the past eight years, Recon have raised £151,000 for global AIDS charities.

As with last year – where £16,000 was raised – the money will go to the Mercury Phoenix Trust who use Freddie Mercury’s name to spread awareness and education of the disease, particularly in the developing world.

Recon has set a target of £20,000 this year and anyone who donates will receive a virtual red ribbon that will appear on their profile until December 31st.

Recon is a site for gay, bi and curious men into “fetish, leather, rubber and kink.”