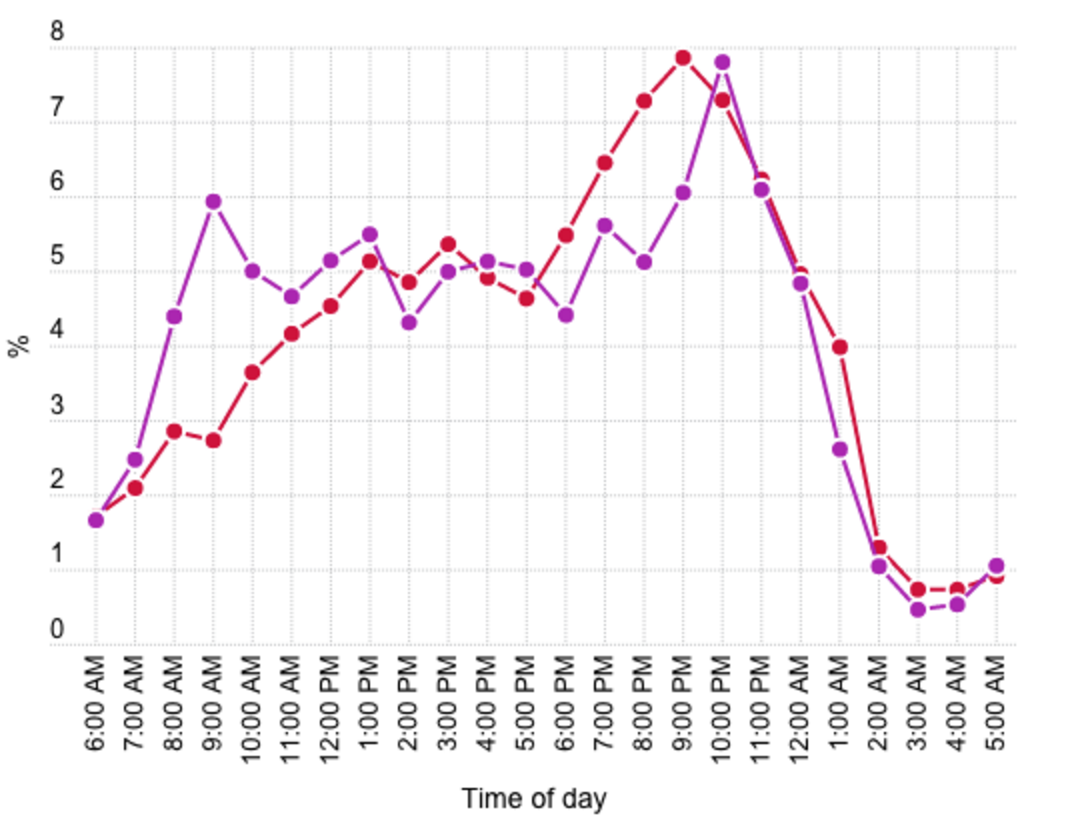 Dating apps Tinder and OkCupid are used by people most around 9pm, according to new data.

This week, The Huffington Post published the results of research from global information company Nielsen, outlining the time of day at which these apps are used most.

The research was obtained by tracking data from around 9,000 panelists’ smartphones, as part of its Electronic Mobile Measurement program.

It found that both apps receive the most use between 8pm and 10pm, with OkCupid also seeing a large number of unique users active between 8am and 10am.

Interestingly, both apps see a strong decline in usage after 10pm, with extremely low activity from 2am onwards.

During the analysis, Nielsen also found that 40% of Tinder users tend to check in on the app between noon and 4pm each day, with the latter seeing an average of 50.61% users.

In a statement, the company said: “When we look at unique audience, we see that a larger percentage of all OKC users sign in both in the morning and night.

“On Tinder, the user’s likelihood to check in between noon and midnight is mostly flat at about 40 percent.”

This week, Tinder announced a huge update, giving singles the ability to send GIFs to matches, and no longer requiring users to upload profile photos via Facebook.

As well as this, users can now “Like” individual messages sent to them, by tapping the green heart that appears next to a message they have received.

Find out more about the update here.