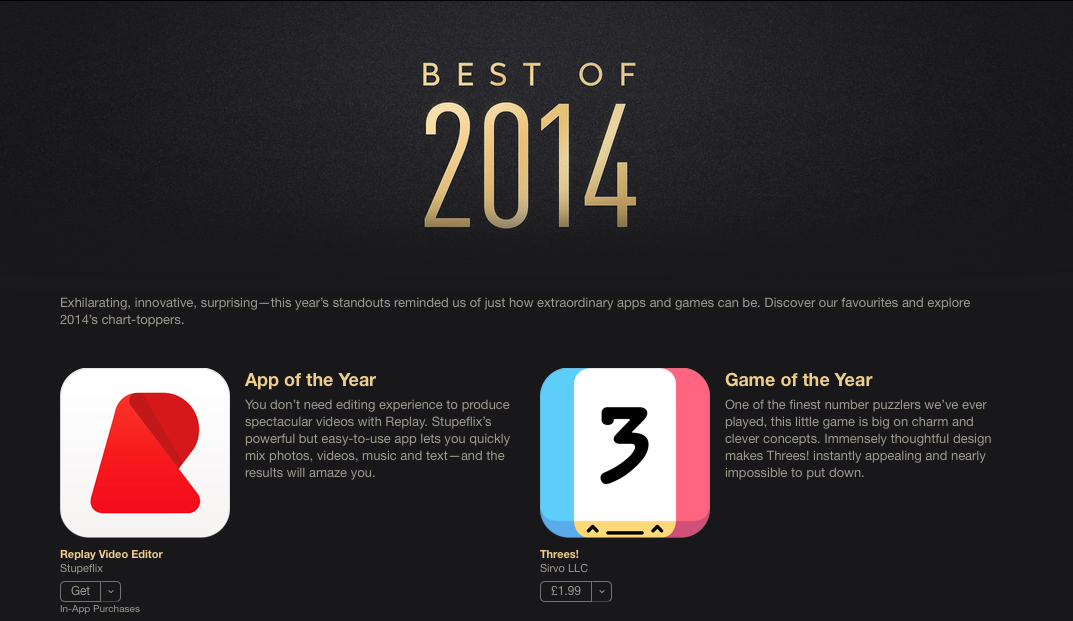 Match.com and Tinder were included in Apple’s run down of the best apps of 2014.

On the Apple Store, the company listed the top grossing, free and paid apps for both iPad and iPhone.

And Match.com was in the list of the top 10 grossing apps for iPhone – coming 10th.

This is particularly impressive, considering it was the only non-gaming app in the list.

Other dating apps which made the top 50 grossing list were Zoosk, Grindr Xtra, Badoo and Plenty of Fish.

Outside of dating, Replay Video Editor was named iPhone App of the Year, and puzzle game Three won iPhone Game of the Year.

To check out Apple’s lists of the best performing apps of the year, visit the iTunes Store.

See the top 10 iPhone apps below: