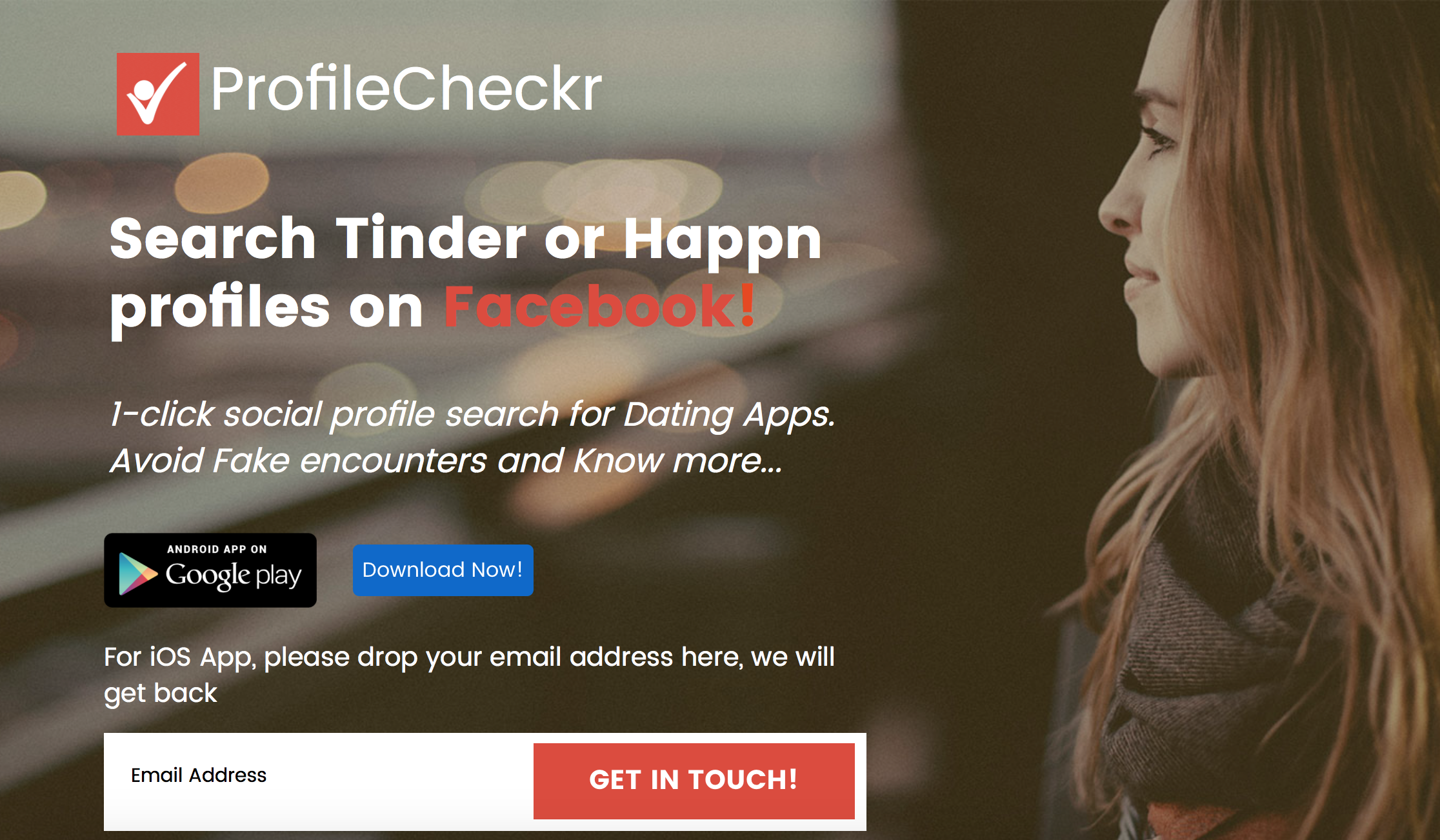 An online dating profile checking tool has returned to Android after being booted from the Google Play Store when Tinder complained about the product.

Now called ProfileCheckr, the tool was initially launched on the Play Store in March under the name Tinder Search.

The app essentially lets you perform a 1-click social network search, or background check, on your dating app matches, while you are browsing through a dating service.

The product is able to link social profiles and dating app accounts using its own intelligent image processing technology and matching algorithms.

But after releasing the original version of the tool under the name Tinder Search on 4th March, the creators of the app were surprised to find that the tool had been spotted by the Hollywood dating company.

Tinder contacted the Google Play Store, asking for the app to be removed, because of its use of the Tinder brand name.

After being kicked off on 24th March, the ProfileCheckr team decided to contact Tinder to understand their concerns and ask what needed to be changed.

According to ProfileCheckr co-founder Adhip Ramesh, Tinder wrote back “within days”, detailing the changes that needed to happen, and even writing to Google to help reinstate the app after the changes were made, which was released under its new name of ProfileCheckr on 10th May.

Ramesh said Tinder’s action “really helped expedite the process of getting us back on the Google Play Store”.

The new version of the online tool lets singles perform social network background checks on potential matches while browsing through a variety of dating apps.

To do this, you download the ProfileCheckr app, open it up, and choose which dating app you want to browse through, either Tinder, Happn or Badoo.

ProfileCheckr opens the dating service, but now when you flick through the app’s user base of singles, a red bubble appears on your phone’s screen.

It does this by analysing the photo and text based on user permissions, processing them both using its algorithm, then searching on Facebook to find the profile.

Co-founder Adhip Ramesh said: “More than 80% of people do a quick search on Facebook or Twitter of their potential dates found through dating apps.

“That means of the 200 million using dating apps like Tinder, Happn, Badoo and Bumble, 160 million users do a social profile check online before they swipe right or go on a date.

“Before ProfileCheckr, this process was inconvenient – copy paste name, switch apps, search, identify the right profile based on photo / location / other details etc.”

The co-founder said the app currently has around an 80% hit ratio, but expects this to improve the more the app is used, thanks to its machine learning algorithm.

The tool is currently only available on Google Play, but the team has plans to release an iOS version later this year.