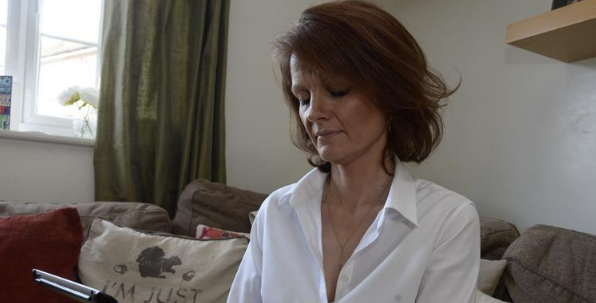 44-year-old teaching assistant Anna Rowe has started a petition in the hope of changing how the law views fake online profiles.

The two spoke on the app for a few weeks before moving things to WhatsApp, where it was revealed that Ray’s pictures on Tinder had been of Bollywood actor Saif Ali Khan – he had shared real pictures of himself on WhatsApp.

The pair met on the 3rd November 2015 and Ray visited Rowe around twice a week during the first six months of their relationship – he explained that as he was regularly abroad for work, he could not visit more often.

However, when his affections began to dwindle after their six month anniversary, Rowe became concerned.

Ray put this down to his mother being ill with ovarian cancer and issues with his children.

However, Rowe decided to re-download Tinder and found that his profile was still on the app.

The teaching assistant then created a fake Tinder profile and began talking to Ray – she later told him that it was her and that the relationship was over.

She then found out that Ray was a top legal executive who spent his weeks working in London and weekends with his wife and children.

Rowe said: “In my experience after 14 months, I discovered not only was his ‘Antony Ray’ identity fake but he was married and had a dedicated phone for his conquests under his fake life.

“During our entire relationship he was seeing other women, claiming to be away working in Europe.

“He spent his weekends with his wife & children, not his parents where he claimed his mum had been diagnosed with cancer.

“He used me like a hotel with benefits under the disguise of a romantic, loving relationship that he knew I craved.

“He took advantage of my trust and took away my right to choose. I did not or would not consent to have a sexual relationship with a married man, let alone a man who was actively having relations with multiple women simultaneously.

“His behaviour was definitely premeditated showing his intent to use women, yet the current law will not find his actions a criminal offence.”

As a result of the current laws surrounding fake profiles, Rowe has started a petition called, “Making a fake online profile with the intent to use women/men for sex, should be a crime”.

She hopes that raising awareness will change the way that they law views people who use online dating for the same means as Ray.

To find out more about the petition, please click here.