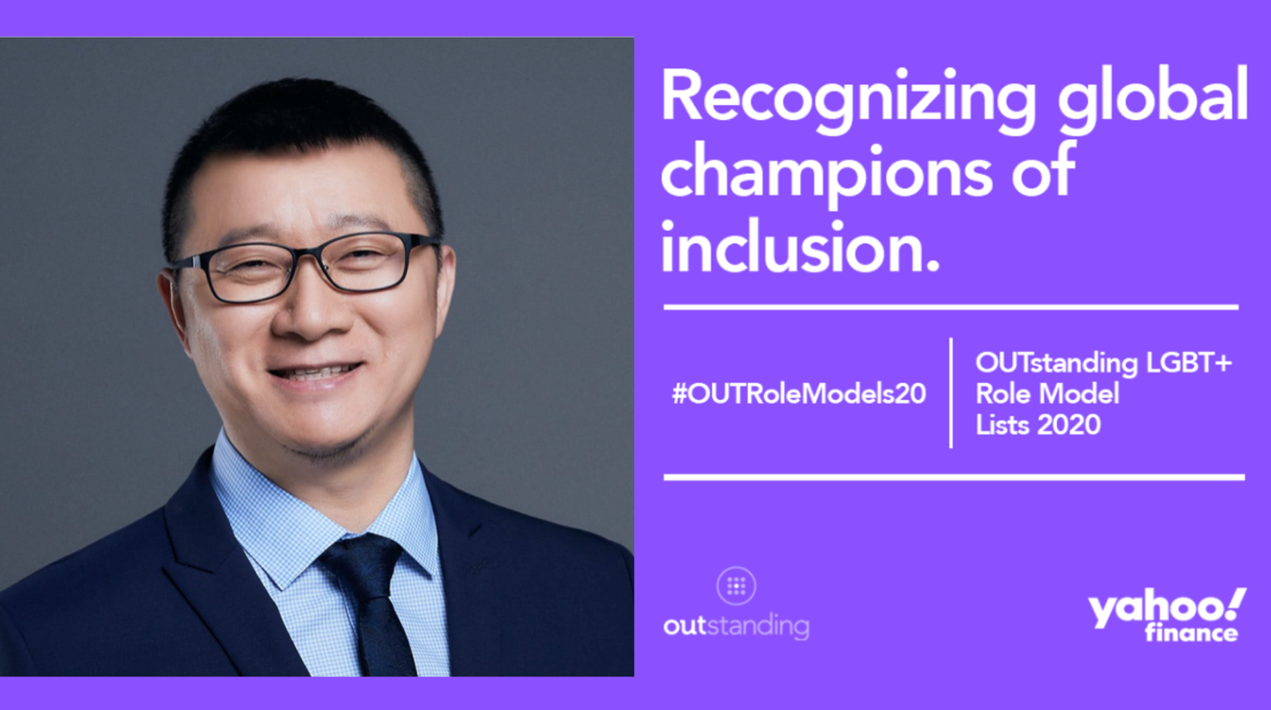 BlueCity CEO Baoli Ma has been recognised as one of the top 100 LGBT+ executives, as part of the ‘OUTstanding’ 2020 list from INvolve.

As one of the leading organisations fighting for diversity and inclusion in the workplace, INvolve publishes annual lists to celebrate LGBT+ Executives and Future Leaders, as well as the Executive Allys who are helping to make a difference.

The award highlighted Ma’s efforts “to build a truly inclusive culture internally, including introducing gender neutral toilets, applying the marriage leave policy to same-sex couples although gay marriage is not yet recognised by law on the Chinese mainland, recognising overseas marriages and self-initiated marriages, and introducing a three-month parental leave policy for same-sex couples”.

It also focused on the company’s historical move to be listed on Nasdaq in July 2020, which Ma sees as not only a milestone for BlueCity, but also for the global LGBT+ community his company proudly represents.

Speaking in a statement Ma said: “I’m delighted to be named among the Role Model Lists, which underline the amazing achievements of LGBT+ people in global business.

“I believe that our vibrant, welcoming workplace allows more than half of our 700-strong team to be their true authentic selves, which ultimately creates a more innovative, creative company.”

This results come after a highly successful 2020 for BlueCity, in which they turned profitable in Q3 after being publicly listed on the NASDAQ stock exchange.