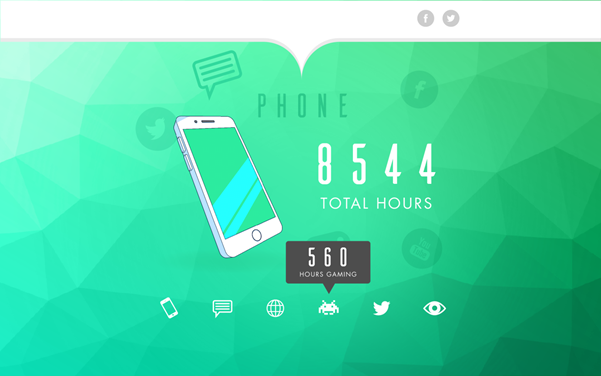 A recent study has revealed that the average 18-year-old is on their mobile phone for 1,653 hours per year.

That is just under 70 days a year.

This is according to BrightHouse, whose recent research also revealed that 12% of people use their smartphones for two hours a day, with the average women using their phone for 2 hours 17 minutes a day and men just three minutes less.

The study looked into the mobile phone usage of 1,000 people aged between 18 and 83 years old.

And unsurprisingly, teens are on their phones for 6x longer than most 55-year-olds.

Discussing the results, Paul Stevens from BrightHouse said: “Am I surprised at the amount of time spent? Not really!

“I’d be the first to admit I spend an unhealthy amount of time on my Xbox, phone and laptop. I don’t think it’ll slow down for some time either.

“With the Internet of things rolling out across everyday objects eventually we’ll be connected 100% of the time.”

The results were measured using an interactive calculator, which worked out how long each person used their phone.

This was then broken down into the different categories based on the apps that each person was actively using.

Stevens explained: “This interactive calculator will help us to keep a close eye on whether we are spending too much time on these devices when the time could be better spent on other more important things.”

And it is expected that the amount of time we use mobile devices for will only increase, as we become more reliant on the internet in our everyday lives.