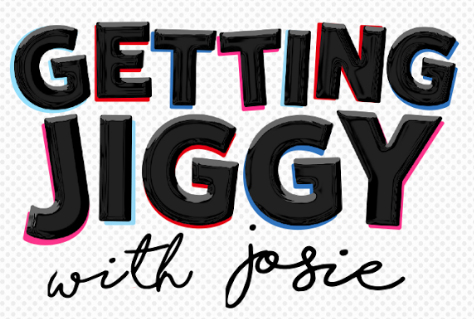 JigTalk, the dating app that lets singles reveal other users’ profile pictures the more they talk, has teamed up with Made Television to create a brand new dating show.

Hosted by Josie Gibson (former “Big Brother” contestant and currently on Channel 4’s “The Jump”), the dating show is called “Getting Jiggy with Josie” and aims to bring the personality-first dating app to life.

JigTalk explains that the show will “blend a unique mix of blindfolds, awkward tasks and Cilla-esque probing questions about the most intimate secrets of each contestant”.

The TV show is being produced by Made Television, and is “the first time a mobile app has co-created a television programme”, according to JigTalk.

Alex Durrant, co-founder of JigTalk, said: “Watching our blind dating app come to life in the form of a TV show has been a surreal experience.

“The show encompasses everything we love about JigTalk: encouraging daters to lead with their personalities, bringing excitement back into dating and unleashing the comedian in everyone!” The JigTalk app works by giving each user two potential matches at a time, asking them to pick one of the two using the “thumbs up” button, both singles matching if they like one another.

During this process, each user’s profile picture is covered by a 16 piece puzzle, although every member can choose one piece they want to reveal to other singles, to give a small view of what they look like.

After two singles match, JigTalk then re-covers the profiles with 16 jigsaw pieces, before helping to kick-start the romance with icebreaker questions.

If both users respond to a question, one jigsaw piece is taken away – the more mutual responses, the more pieces are revealed – until the full, unobscured profile photos become visible after 16 mutual messages have been exchanged.

“Getting Jiggy with Josie” has been created and produced by Made Television and will be available across its network in Birmingham, Bristol, Cardiff, Leeds, Liverpool and Tyne and Wear later this year.

David Emin, Director of Commercial Content at Made Television, said: “We are thrilled to be working in association with JigTalk.

“Theirs is an innovative, fun and responsive new dating app and a perfect partner for Made’s very first dating show.

“I’m really looking forward to developing a long and meaningful relationship with them!”

To find out more about JigTalk please click here.