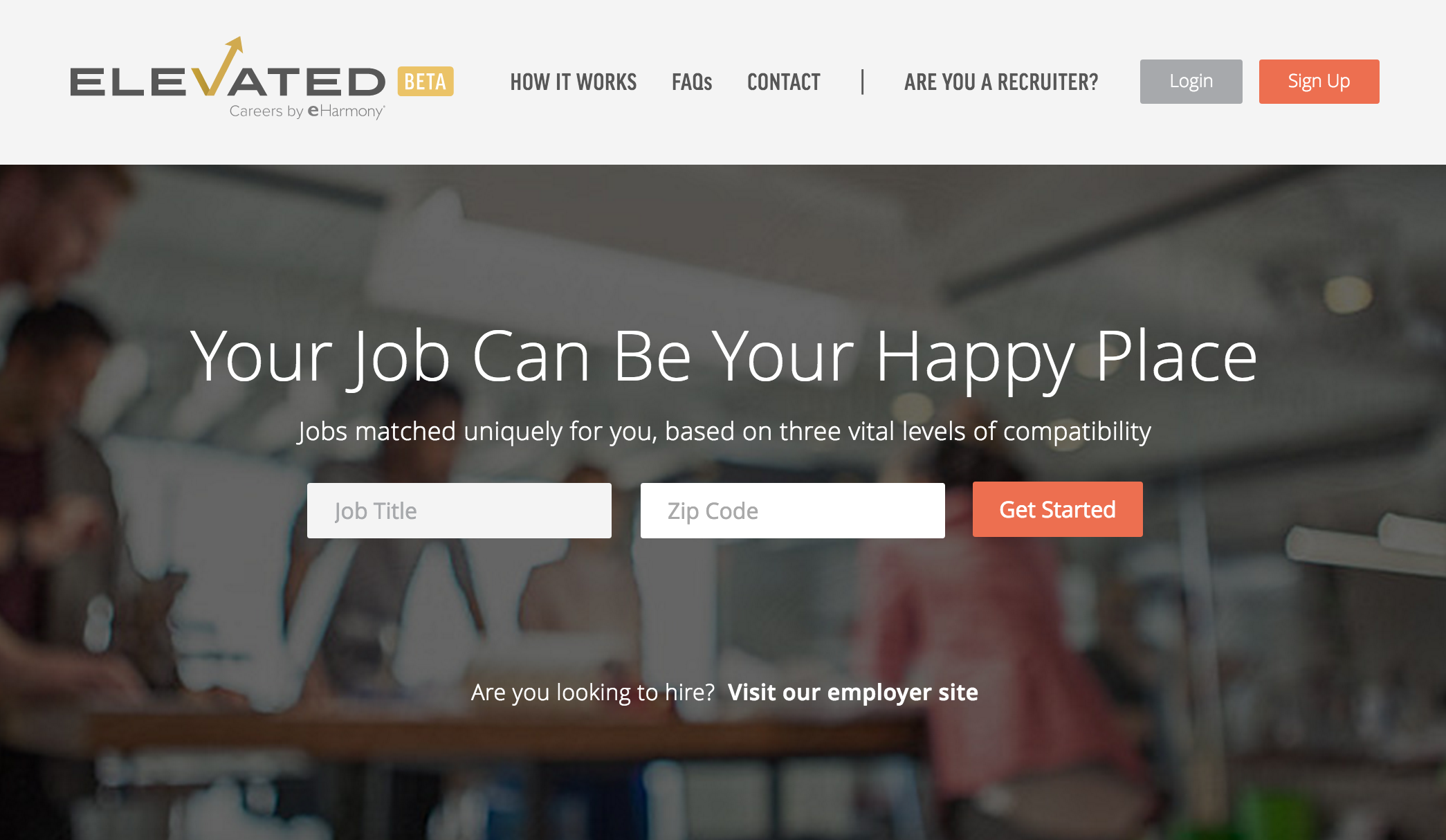 eHarmony’s long-awaited jobs service Elevated Careers will go live at the start of next month.

The online dating company recently announced the site, which is currently in beta, will be launched in a few weeks, with eHarmony holding a press demonstration on 30th March.

Announcing the launch of the new business, eHarmony said the site is a “sophisticated career-matching platform that pairs job seekers with career opportunities based on multiple layers of compatibility.”

Last September, eHarmony said the service would finally launched in 2016, having initially been slated for a 2014 launch.

The service will consider over 100 variables to generate matches, including skills, personality and social and cultural values.

The founder told Reuters: “Nobody has really matched personalities in terms of the applicant and the supervisor. That’s not something that LinkedIn or Monster do.

Last September, Warren told Bloomberg they wanted “thousands” of companies to sign up before they launched the service, and said he hoped the site would create a “revolution” in America around job satisfaction.

On its site, which is live here, eHarmony spoke about the mission of the site, saying: “When you have a job you are compatible with on the levels that are most important to you, then the likelihood of you being happy in it skyrockets. And who doesn’t want to be fulfilled in their work? We find those jobs for you by using technology that has proven to make successful long-term careers.”

Warren says that if the same level of compatibility was applied to jobs, then people will be more satisfied and fulfilled in their jobs, and employers will have higher rates of employee retention, motivation, engagement and productivity.

Find out more about how Elevated Careers works here.