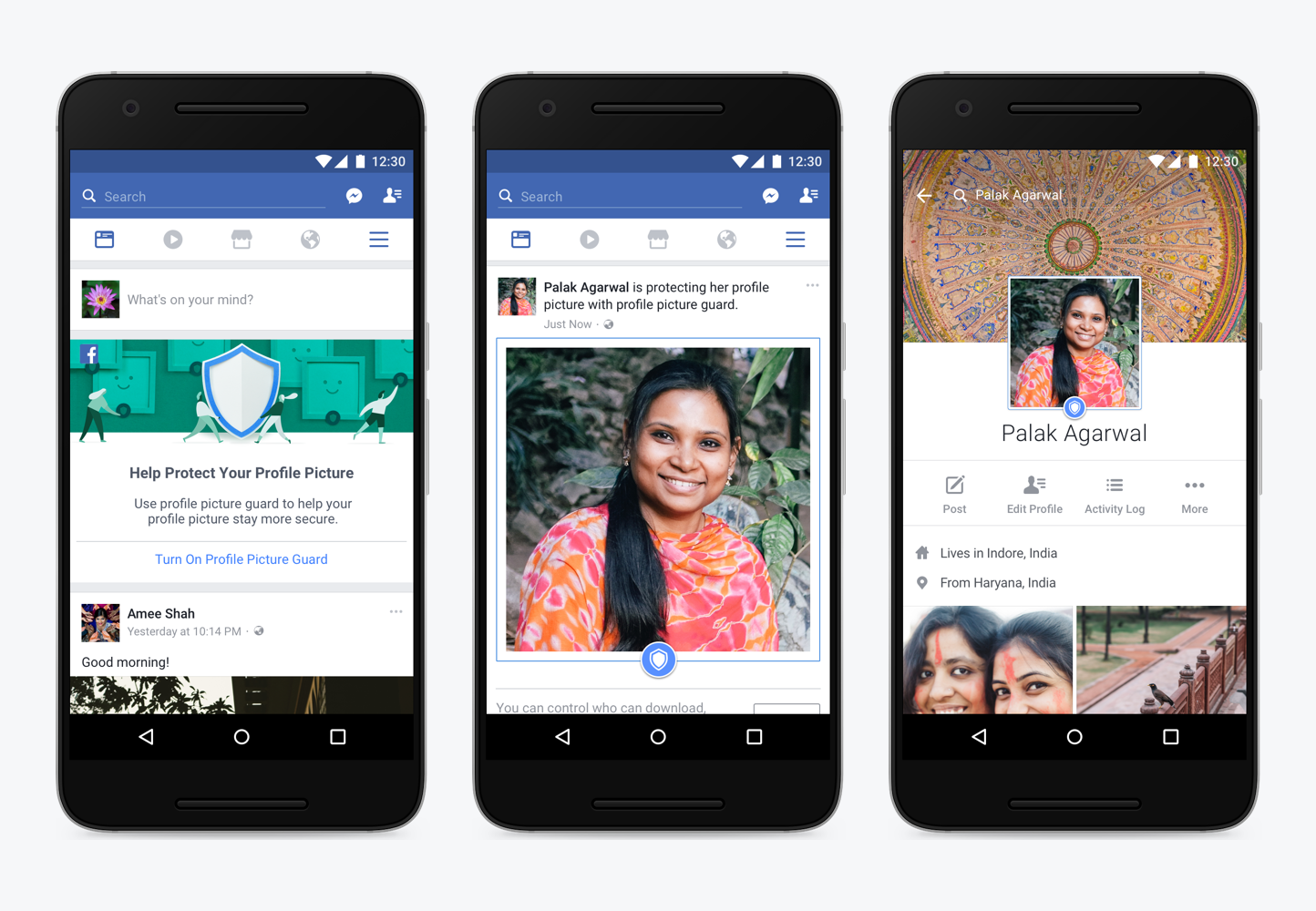 In a move that will hopefully be a blow to online dating scammers, Facebook has announced plans to start introducing measures to stop people downloading and using other people’s profile pictures.

The scheme is being piloted in India, ahead of a planned roll-out elsewhere, and comes after Facebook received feedback saying that some women were choosing not to add profile pictures because they were concerned about what might happen to the images.

Facebook users in India will now start to see a step-by-step guide on how to add a “profile picture guard”.

Once added, this guard will mean that other users will not be able to download this picture, share it, or send it via a Facebook message.

In terms of appearance, a guarded profile will have a thin blue border and a shield around the profile picture.

It also means that someone you are not friends with on Facebook is unable to tag someone in that photo.

Facebook also said that “where possible”, it will prevent people from screenshotting these pictures, but currently this is only possible on Android.

Those with ulterior motives can obviously still screenshot a profile picture in other ways – the new updates more designed to reduce instances of photos being stolen online, with further measures to come.

Facebook also said that based on preliminary tests, the company found that if someone adds an extra design layer to their profile picture, “other people are at least 75% less likely to copy that picture.”

The tools were developed in partnership with Indian safety organisations like Centre for Social Research, Learning Links Foundation, Breakthrough and Youth Ki Awaaz.

Facebook said: “Profile pictures are an important part of building community on Facebook because they help people find friends and create meaningful connections. But not everyone feels safe adding a profile picture.

“In our research with people and safety organizations in India, we’ve heard that some women choose not to share profile pictures that include their faces anywhere on the internet because they’re concerned about what may happen to their photos.”

Facebook is obviously a huge source of images for fraudsters looking to scam people using other people’s photos, so hopefully these measures will go some way to making it more difficult for these scammers.