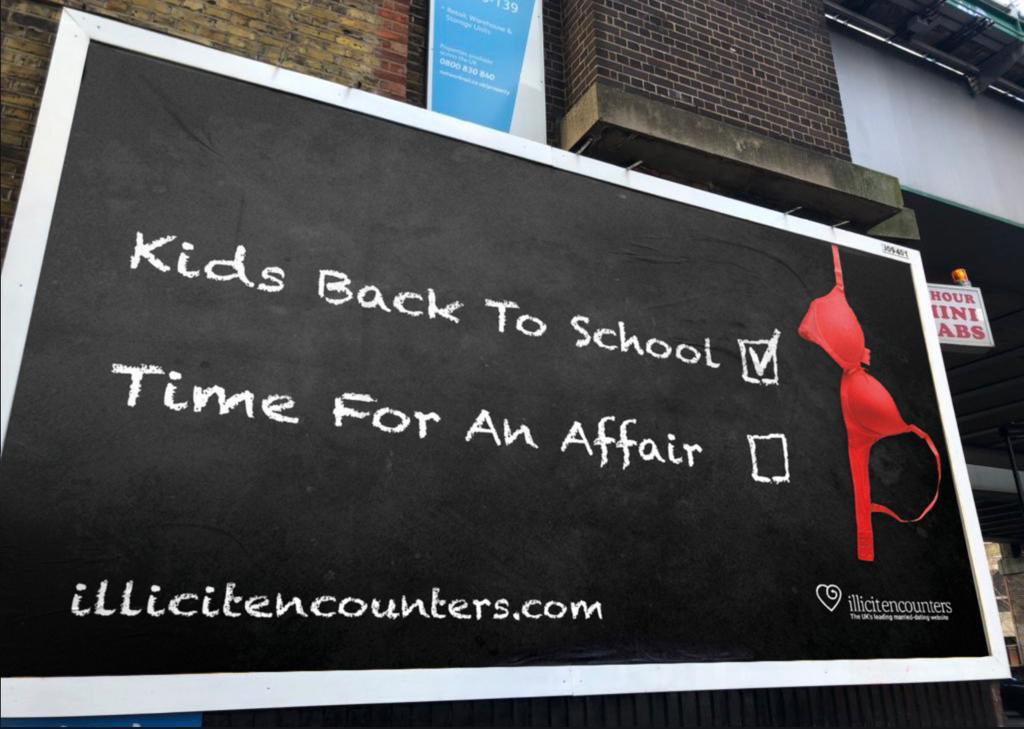 An extramarital dating platform has come under heavy criticism for releasing a promotion in line with children returning to school in the UK.

‘Illicit Encounters’ commissioned a billboard in the Elephant & Castle area of London, which shows a tick list implying that the next course of action after people take their children back to school is to have an affair. An image of a discarded red bra is also prominent on the display.

There was plenty of disapproval from locals on Twitter, led by former dating coach on ‘Celebs Go Dating’ Nadia Essex, who were concerned about the subject matter on show.

A spokesperson for the dating service responded in a statement by saying: “We certainly didn’t want to cause offence. We recognise thousands of parents and adults across the country have been through the ringer in the past 12 months.

“Now the kids are finally back to school there’s never been a better moment to inject some fun and excitement back into their lives and that’s all we wanted to say with this advert.”

There were also issues raised about the billboard encouraging people to break the UK’s current COVID-19 guidelines. While children were starting to go back to school this week, there are still strict laws against people from different households meeting indoors.

Illicit Encounters claims to have over one million users, a number which has reportedly grown as some marriages became strained due to the past year’s lockdowns.

Sugar dating website Sugarbook got into trouble last month for a promotion it ran about Malaysian universities. Founder and CEO Darren Chan has been arrested and charged with “intent to cause fear or unrest to the public”.