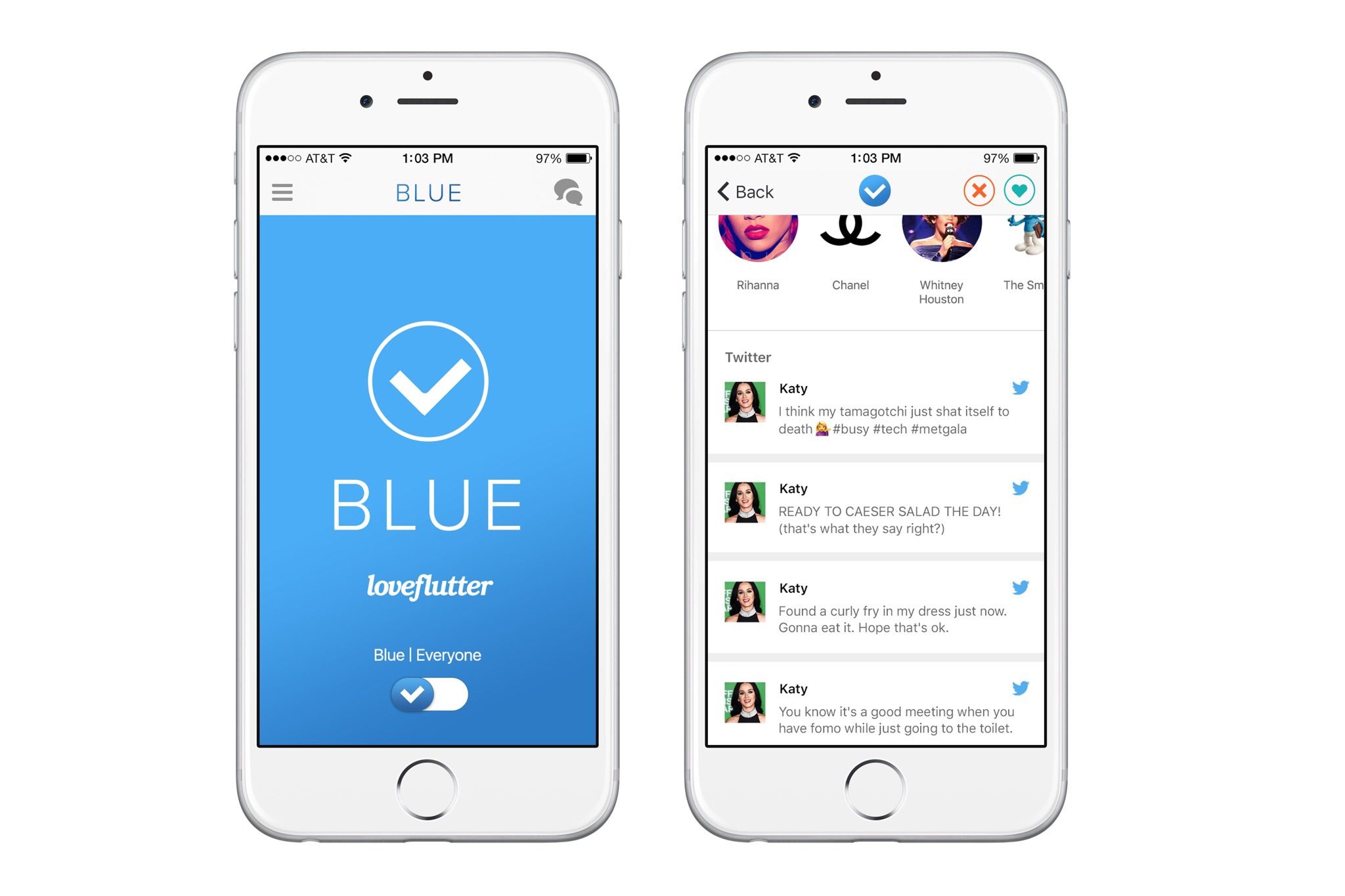 It sees the dating company harness an active and significantly-sized pool of verified online accounts, in an effort to offer a safer dating platform.

In a blog post announcing the premium layer, Loveflutter said: “In an era of catfishing and fake identities, authenticity is key, which is why we’re leveraging Twitter’s world-class verification system to make dating safer.

BLUE is currently being rolled out in San Francisco, Los Angeles, New York, London and Tokyo, and is free to the first 1,000 founding members who sign up in each major city. After this, a monthly subscription fee will be announced, along with more members-only benefits called BLUE Concierge.

In terms of price, like Tinder, Loveflutter said it would be testing a number of different price points “to see what users feel comfortable paying” before settling on a final amount.

Those who don’t have blue tick verification on Twitter can still use Loveflutter’s basic free version, which was released earlier this year.

Loveflutter launched the revamped product, which is centred around an integration with Twitter, in May.

The app lets singles add their 10 most recent tweets to their dating profile, by linking their Twitter account to the dating app.