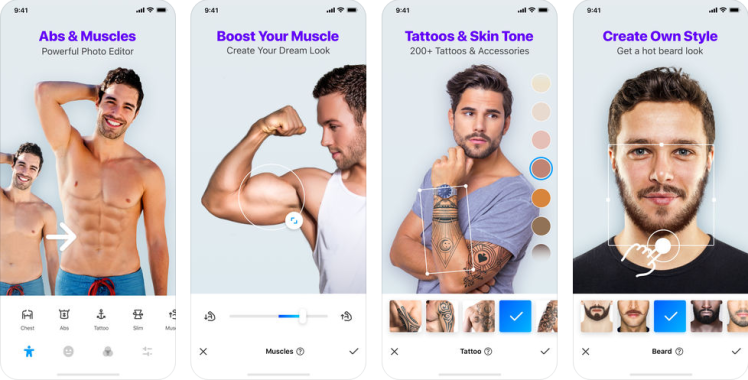 Photo editor Manly has recently been criticised for allowing its users to photoshop themselves to make them look more masculine.

The app, available for £4.99, offers users the option to exaggerate body tone, add facial hair, among other things.

Manly is being accused of reinforcing ‘unrealistic’ body image stereotypes in men.

Co-founder of the Be Real Campaign Denis Hatton told The Independent: “A lot of people think body image struggles only affect women, but we’ve seen an increasing number of men desperately trying to live up to the male beauty ideal.

“Just when we finally started to see progress with brands becoming more responsible and reducing excessive airbrushing, then along comes an app like Manly.

‘This app and others like it are a massive step backwards in creating a society less focused on appearance and more on who we are.”

There is concern that the app could make it easy for male users on dating sites to represent themselves dishonestly.