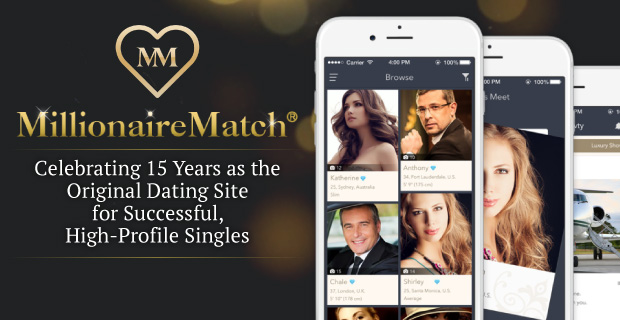 Millionaire Match has launch a new feature, allowing users to upload a short video on MOMENT instead of a photo, which can be up to 30 seconds.

Millionaire Match said: A short video feels more interactive than looking at a static photo, and it’s the perfect medium to highlight an interesting hobby in a dynamic way. Video creates the opportunity for the members to learn about potential matches in a way that simply can’t be captured with still photos and text. It is a good chance to put an end to catfishing with a video feature.

“Being able to express the personality in the form of video means that a person has time to think through what they want to say about themselves and to share it with other people without the pressure of having to cover it all in a brief encounter. You might be able to learn more about their personality and their interests with a video. It can be a great way to get a conversation started,” stated Johnny Du, the Chief Operating Officer of Millionaire Match.

Launched in 2001, Millionaire Match is a professional dating site for millionaires and successful singles including top-tier professionals like doctors, lawyers, celebrities, CEOs, and entrepreneurs.