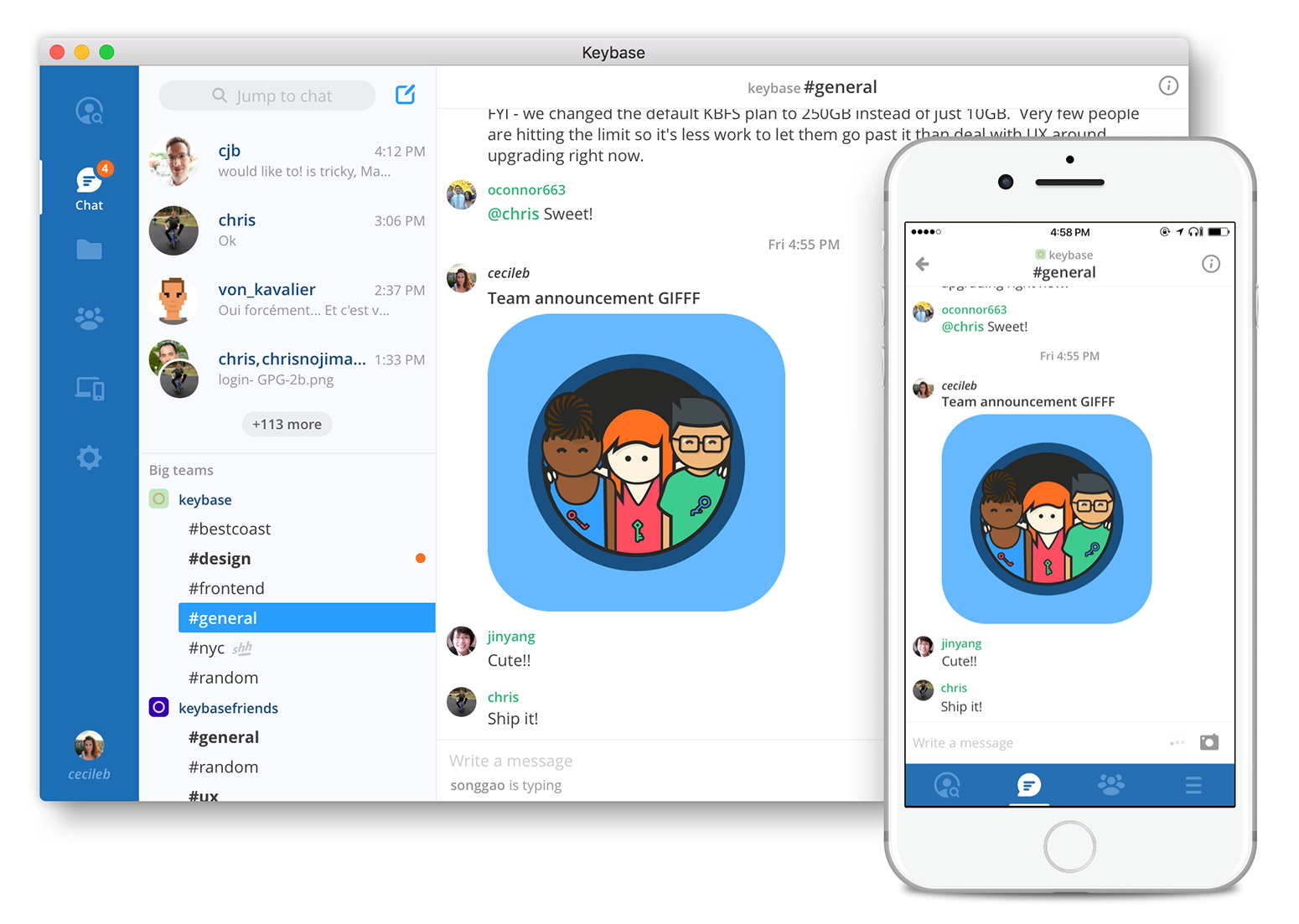 In a blog post, Chris Coyne and Max Krohn announced the launch of the alpha of Keybase teams, a new workplace communication tool that “brings together all of our work” around public key cryptography.

The founders raised $10.8m in Series A funding for the security venture in 2015, a round led by prestigious VC firm Andressen Horowitz.

This was as the startup pivoted to begin building open source mobile and desktop apps to try and bring key cryptography to the public.

Now the company is introducing Teams, a Slack-style communication tool that is end-to-end encrypted.

Users can create a Keybase team around any topic, but the chosen team name must be unique, as there can only be one Keybase team with that name. Speaking about the need for the platform, the founders said: “Keybase teamwork is end-to-end encrypted, which means you don’t have to worry about server hacks.

“Alternatively, you can lie awake at night…fearing a breach of your company’s messaging history.

“What if your team’s history got stolen from Slack and leaked or published? The legal and emotional nightmare.”

The company is currently allowing up to 1,000 people into the groups, but this will be expanded in the near future.

The product is now live on desktop for macOS, linux and windows, and on mobile for iOS and Android.

Although free at the moment, Keybase did say it plans to start charging businesses for use of the encrypted communication platform at some point.

Find out more about the project here.