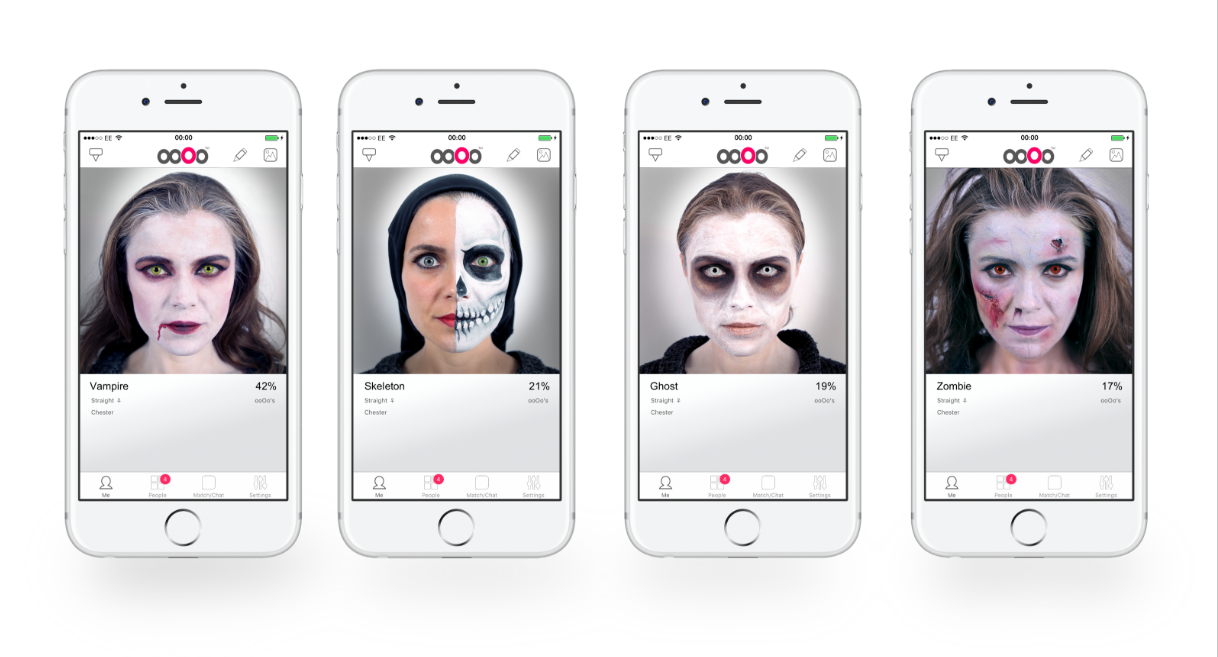 A recent poll by gamified dating app ooOo® has found that this Halloween, men prefer women dressed as vampires.

The dating app, which was last week crowned the GDI Spotlight early stage winner, asks singles to choose just one potential match from a grid of four.

And after totalling up the most-picked profile, ooOo® found that vampires came out on top, with 42% choosing the look over the other Halloween options of skeleton (21%), ghost (19%) and zombie (17%).

Selcen Korkmaz, marketing director at ooOo® said: “It was important that the makeup designs were achievable at home so our model devised the designs and applied all the makeup herself, all too often proposed designed are overly complex and produce disappointing results.”

In September, the gamified dating app was released for Android and mobile web, seeing a 324% increase in signups just weeks after its launch.

And last Thursday, ooOo® was picked as the GDI Spotlight early stage winner at our first ever Spotlight on Startups dating competition, held at The Singer Tavern in London.