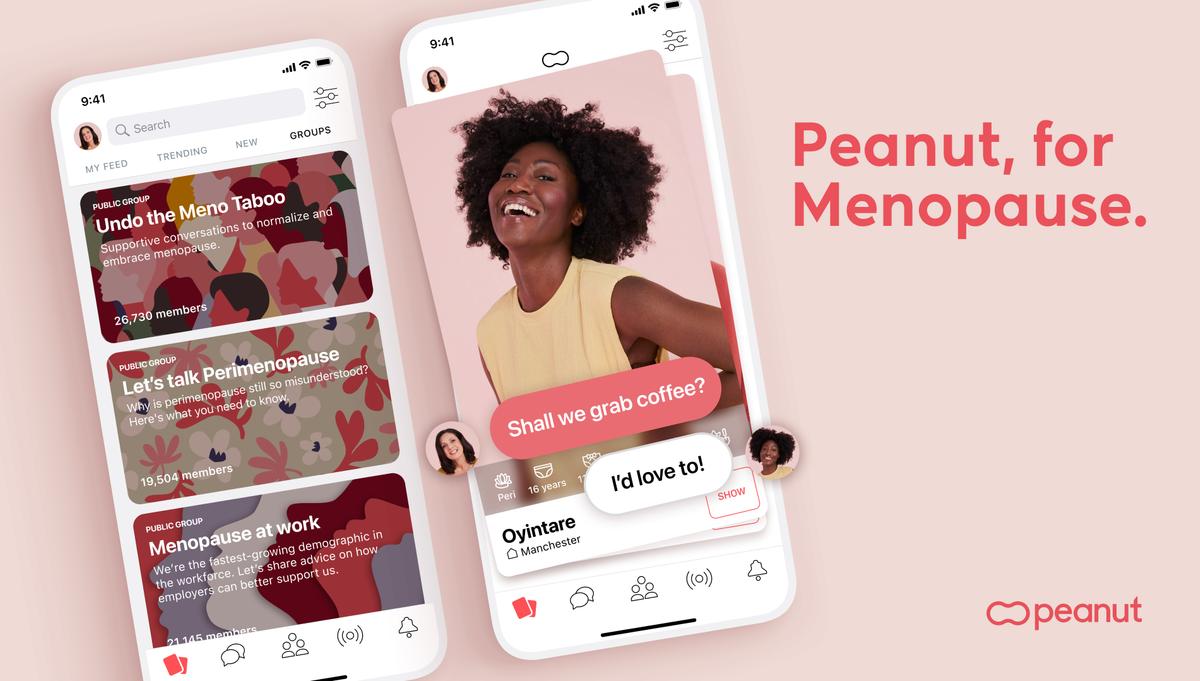 Peanut, the social networking app for mothers, is expanding its services to offer support to users going through the menopause. The platform initially gained popularity by supporting new mothers through the early stages of parenthood.

To address women in a slightly older demographic, a new community will launch called Peanut Menopause, a dedicated space in the app where women can meet others who are at a similar life stage, This could be other premenopausal, menopausal or postmenopausal women.

Whilst the app had historically been favoured by younger women, there were a number who had undergone surgical or chemically induced menopause because of something like breast cancer or some other medical condition. This had led to more discussions about how it was impacting their life, particularly as younger parents.

There were also women who felt like they may have begun to experience menopause but were having their concerns dismissed by their doctors because they were too young. They wanted to talk about their symptoms with others who were going through the same thing.

Others, meanwhile, were older and entering menopause, and were in search of community.

Michelle Kennedy, founder and CEO of Peanut, told TechCrunch: “We’ve been thinking about this life stage for a long time, in terms of how it is so under-served.

“By 2025, there are going to be a billion women who are in menopause at that moment…and yet, when you think about what is there and accessible in terms of community, social [networking], and support, there’s literally nothing.”

However, Kennedy reported that one investor was not so on-board with the expansion, stating that they liked the draw to the younger demographic.

Peanut Menopause will also host a number live audio conversations, similar to Clubhouse, where users can hear advice from experts and talk to other members of the community.