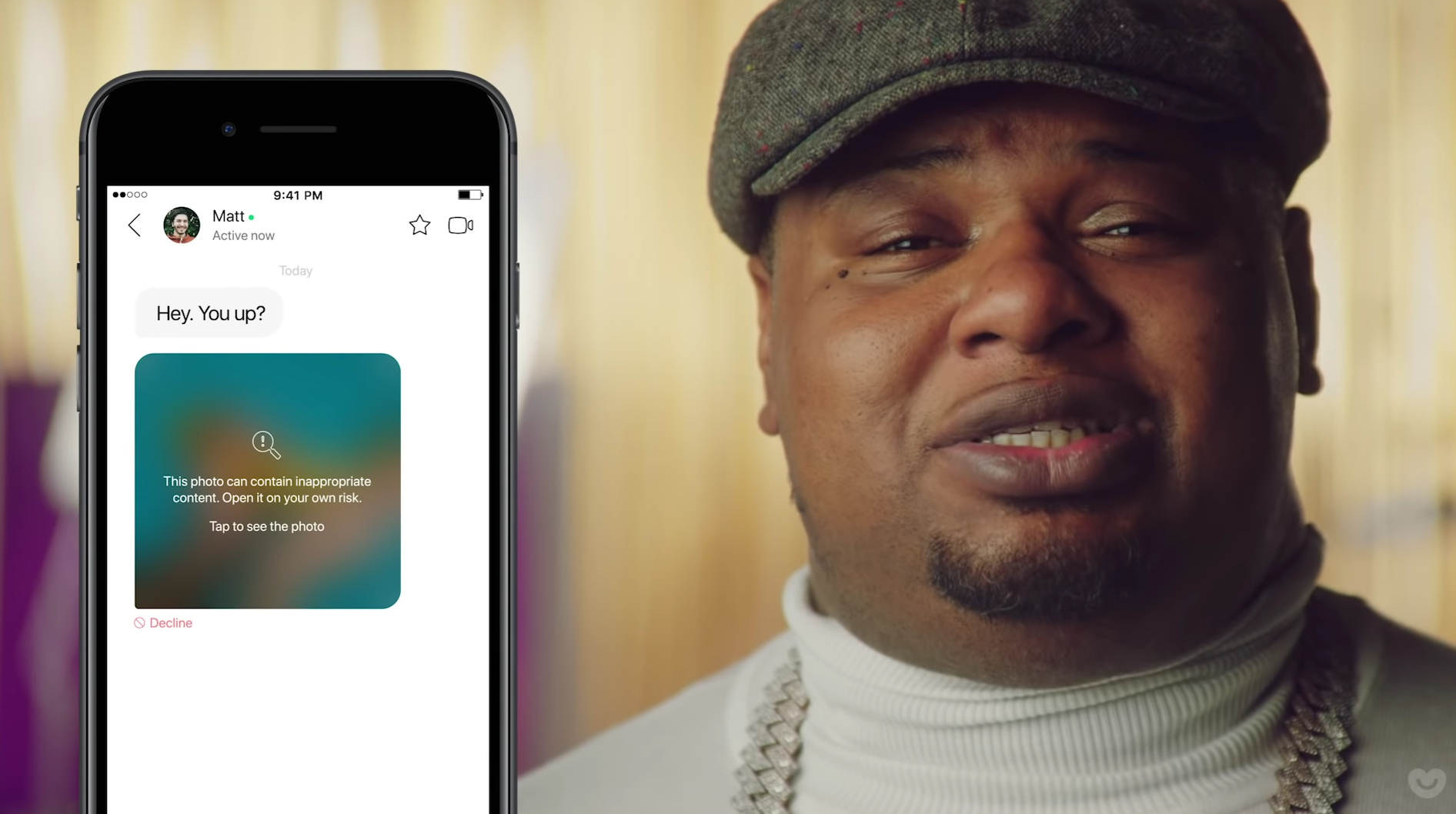 The tool was first announced over a year ago and rolled out on the female-first social app in October. It is designed to protect users from unsolicited nudes by initially giving them a choice about whether or not they want to view the image.

When an image that could contain exposed genitalia is sent through the in-app chat, the software blurs it and asks the recipient if they want to open it. They also have the option to immediately delete the picture and report their match.

Badoo’s UK Marketing Director Natasha Briefel told the Daily Mail: “The safety of our users is of the utmost importance to us and we continuously seek to be at the forefront of technological advances which enable us to help protect daters on our platform.

“We want to create a safe space for our users where they feel empowered to chat, meet, and date honestly while giving them the best chance of forming a real connection.”

The London-based dating app posted a YouTube video to promote the latest update. It focused on a spoof advert for a fake app that helps men take better nude images.

However, British rapper Big Narstie, who was playing the director of the commercial, turned to address the camera and told people to make sure that they ask for consent before sending sexual images.