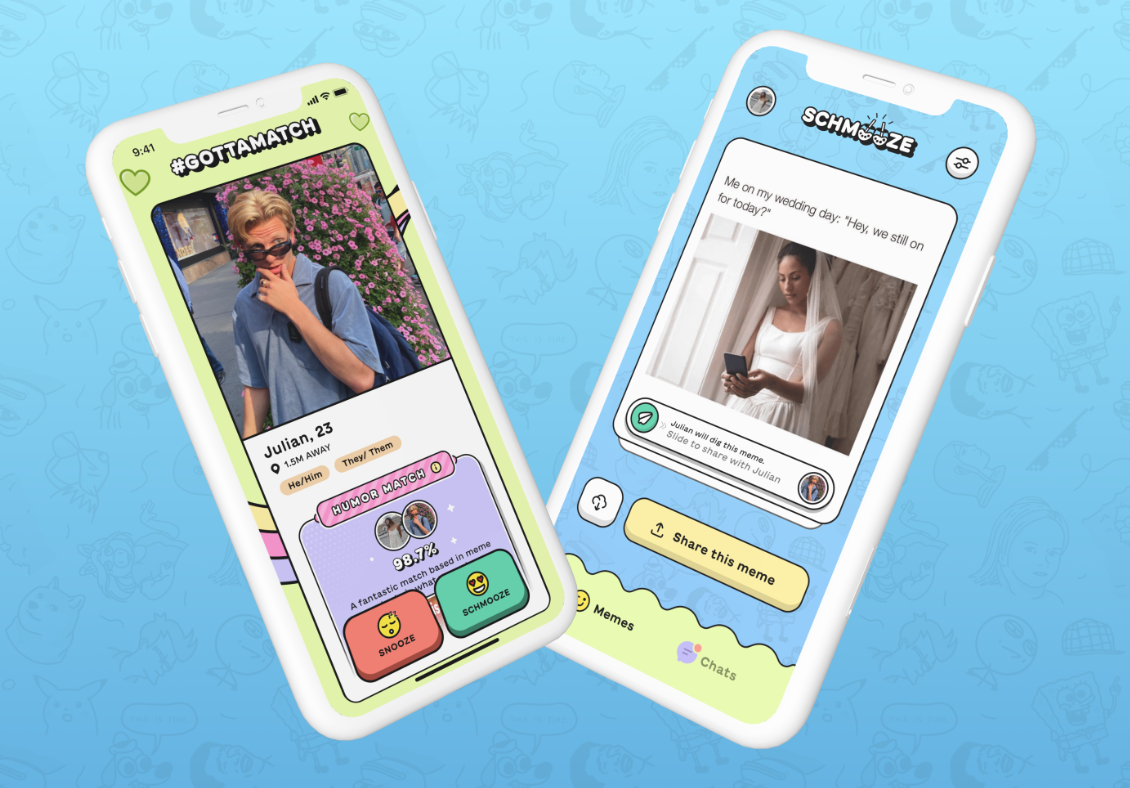 Schmooze has launched it’s new feature, ‘Schmooze Flirts’. ‘Schmooze Flirts’ is a new feature that allows users to share memes with their matches within the 48 hours they have to message one another. The app also provides icebreakers in order to lower the chances of losing matches.

Schmooze is a meme-based dating app that allows users to share memes with their matches who have similar humour.

The layout of the app is as follows: users will be presented with memes that have been selected via artificial intelligence, they can like, dislike of love these memes, potential matches then pop up onto the screen based on meme choices, users can then either ‘snooze’ orr ‘schmooze’. The algorithm of the app takes into account what types of humour both users respond to.

initially , when users set up their account, they are asked what their ‘#MemeVibe’ is by choosing ‘humour options’ from a list provided. They then add photos of themselves, a bio, their four favourite music artists, memes they like and their TV show binge list.

Users are now able to set a limit on the distances of potential matches as well.

This week Schmooze is set to release ‘Schmooze Ayooo’ and meme pickup lines. Within the next two months they plan to create a user-content platform and allow users to upload memes from their own camera roll.

Whilst Schmooze is available on the App Store and Google Play, the ‘Schmooze Flirts’ feature will only be available for iOS users.