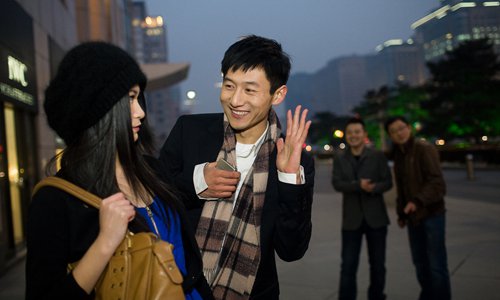 According to 2017 statistics from Southwest Securities, there are nearly 200 million single adults in China. Under these conditions, competition in the marriage market is fierce.

Statistics from the same company valued China’s dating industry in 2015 at 2.7 billion yuan. Further growth is predicted as singles born in the 80’s and 90’s hit the market.

To get a feel for what the dating scene feels like on the ground, The Global Times interviewed a variety of respondents. They have either had limited success in dating themselves, or they work in online dating apps in China.

One of the respondents, Yu, noted that most dating websites are lacking a strict verification system and many people are using a fake identity to speak to the opposite sex online. She admits to having no choice but to register for offline services after not being able to find potential mates on the internet.

Yu explained: “Offline dating services start at 10,000 yuan, and the price increases according to your physique, social and educational background and your requirement for a future partner. Membership fees can reach nearly 200,000 yuan a year.”

Another issue respondents raised is that the price people in their 30’s have to pay on apps is higher (literally), as people at their age find it more difficult to find a date.

Product manager, surname Zhang, who works for a well-known Chinese dating company said: “We have two different price systems, and for those who are in their 30s, we charge more for both men and women.”

The final issue seen by the interviewees was that dating is about “face” and appearances, especially in women.

Zhang added: “Appearance and dress style are essential measures that we use to calculate the complexity of partner hunting. The more beautiful and young you are, the more likely you are to get dates, so we charge less.”

According to Zhang, more and more women now put more value on a good face rather than a man’s finances, with a growing number of women becoming more financially independent.