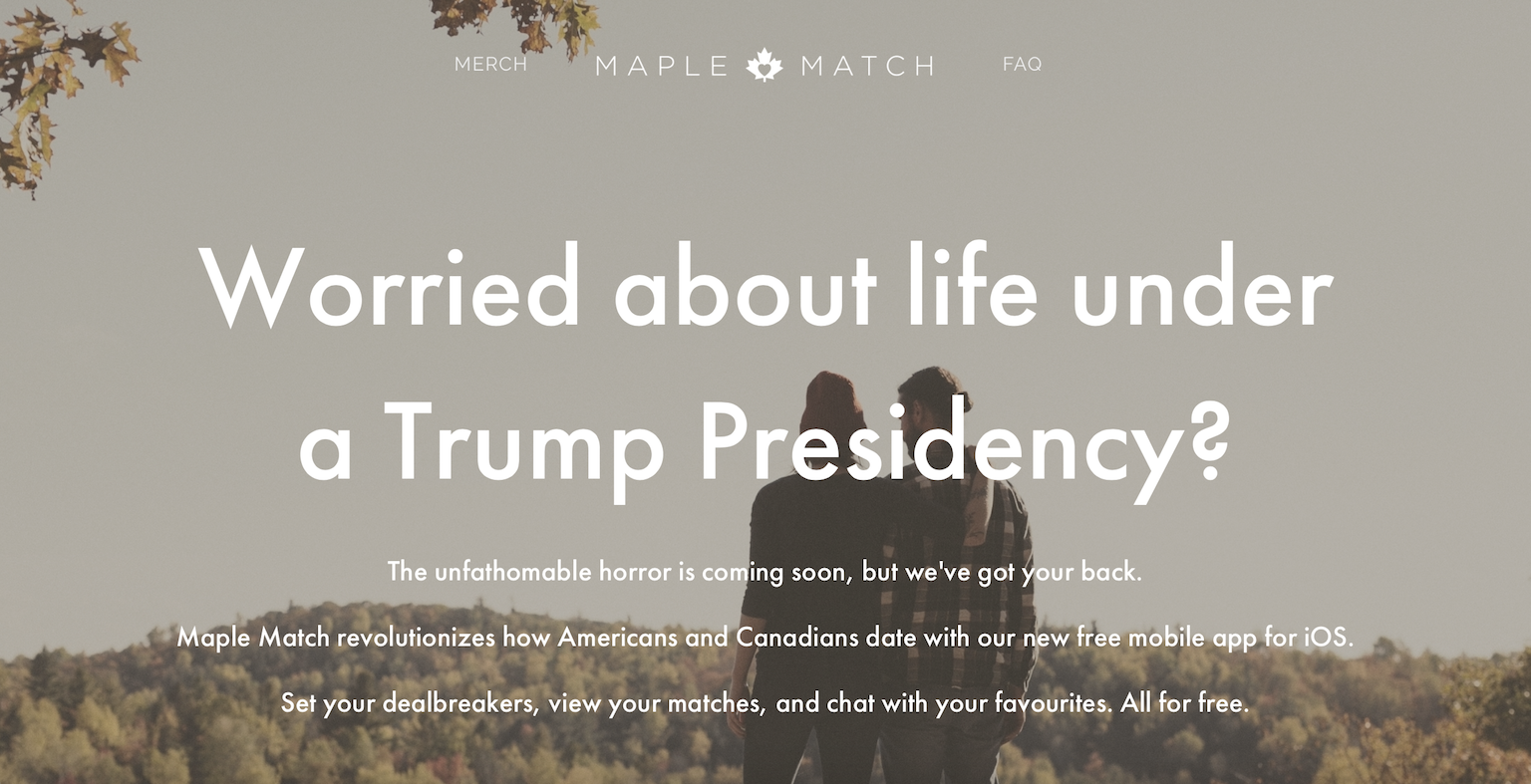 With America and the world reeling from the news that Donald Trump will be the next President of the United States, there is one site that might be seeing a spike in traffic this morning.

Earlier this year, a new dating site popped up to aid any Americans looking to leave the country after the election, by helping them find their ideal partner in Canada.

First announced back in May, Maple Match is a service that vows to “make dating great again”, by assisting any single non-supporters of Trump with their search for love in the neighbouring country of Canada.

Currently in beta, Maple Match’s landing page now reads: “Worried about life under a Trump Presidency? The unfathomable horror is coming soon, but we’ve got your back.”

An Ipsos poll earlier this year found that 28% of Americans surveyed aged between 18 and 34 would consider moving to Canada if Trump was named President.

The app was founded by Joe Goldman, a 25-year-old education researcher based in Texas, as a response to his appreciation for Canada’s increasingly liberal outlook, and his general interest in the country itself.

In May, Goldman told The Guardian: “When this election came about and I started seeing Donald Trump and the rise of his candidacy I started getting concerned, just like anybody else.

“I thought it might be interesting to try something like this out. This site shows that a lot of people are frustrated with the current dating options.

“A lot of Americans really want to meet Canadians. They’re looking for something new and something better.”

And the app is now fresh out of beta, letting singles browse various matches, set deal breakers and chat with other members who are similarly scared about the next four years.