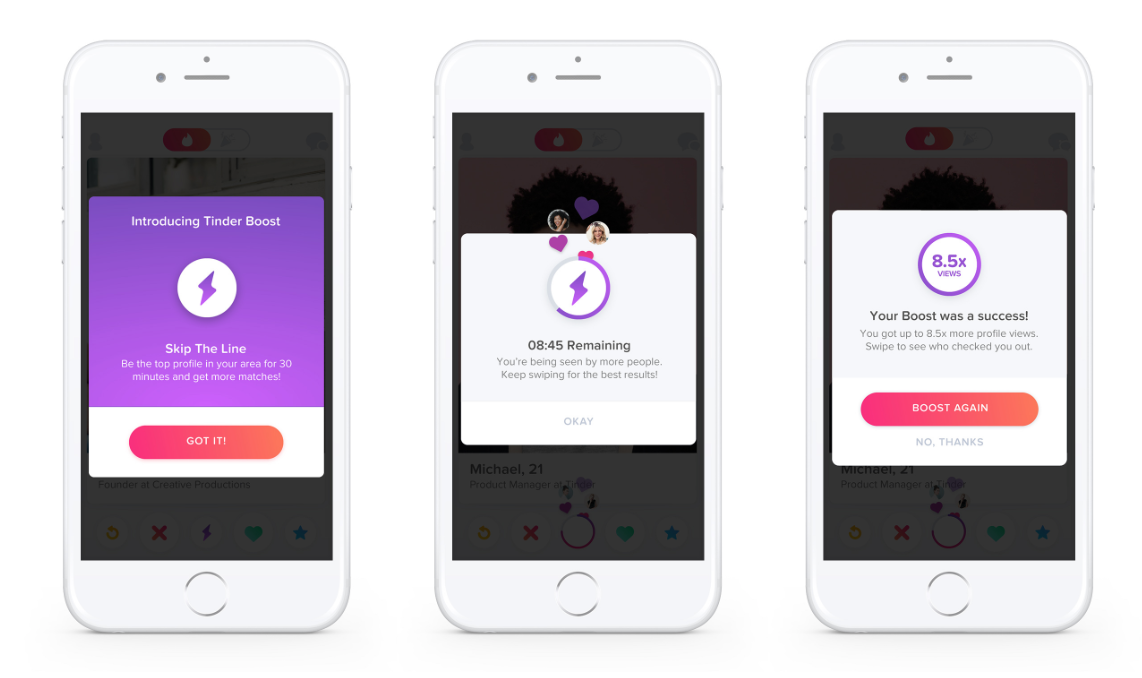 After being tested in the UK & Australia, Tinder Boost is now rolling out globally.

First announced in September, the Boost feature lets singles pay to “skip the line” and get their profile boosted for a short period of time — making your profile one of the “top profiles in your area” for 30 minutes.

Unlike Tinder’s other premium features, Boosts can be bought as one-off payments, or as part of a pack.

And after successful tests in Australia and then the UK, the feature is being made available to all users of Tinder around the world.

Reports from the US suggest that the pricing has stayed fairly similar, costing between $1.99 and $3.99 for 1 boost.

In a statement provided to TechCrunch, Tinder’s head of product Brian Norgard said: “We are always looking at ways to improve our user experience. Our tests in Australia and the U.K. show us that users receive 8-10x more profile views and 3x more matches on average when Boost is activated.”

Norgard previously called Tinder Boost “the best product my team & I have ever built”.

Tinder Boost is the app’s third form of monetisation, alongside premium subscription service Tinder Plus and its ad platform.