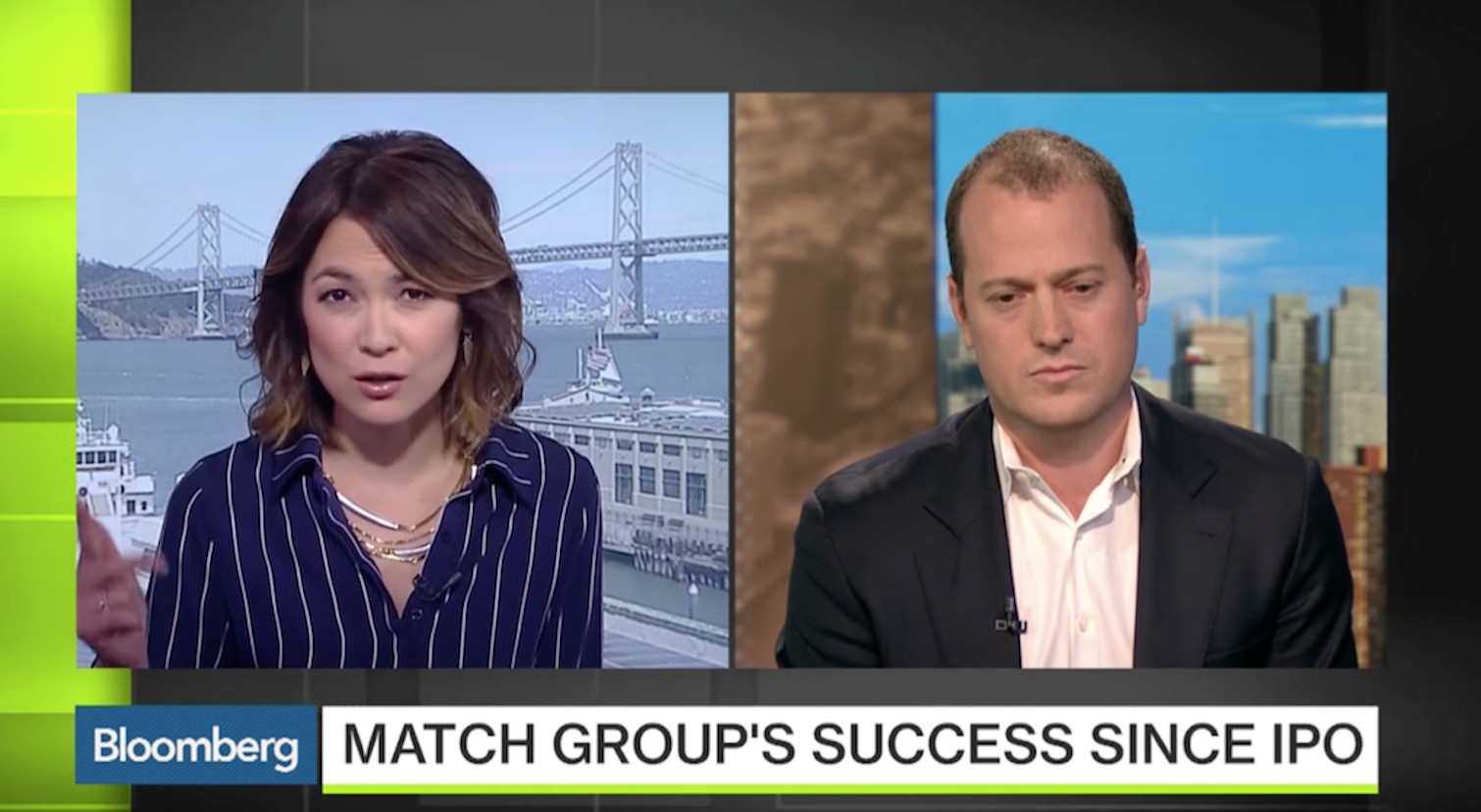 Yesterday, IAC CEO Joey Levin appeared on Bloomberg, speaking about the conglomerate’s dating products and where he thinks the big opportunities in the market are.

Levin’s appearance comes after The Match Group’s stock saw a spike following an analyst note that said the company’s stock was “under appreciated”.

The CEO says he believes there are still huge opportunities in the dating market, now that stigma has disappeared and the market has opened up.

For The Match Group, he says the big opportunity is with finding the right product for the right demographic, then innovating on that product to keep it fresh and ahead of the competition.

Levin also gave his two cents on the criticisms of the “hookup” nature of apps like Tinder, saying he thinks that narrative is “meaningfully overblown”, and that Tinder simply removes a barrier, but doesn’t change behaviour.