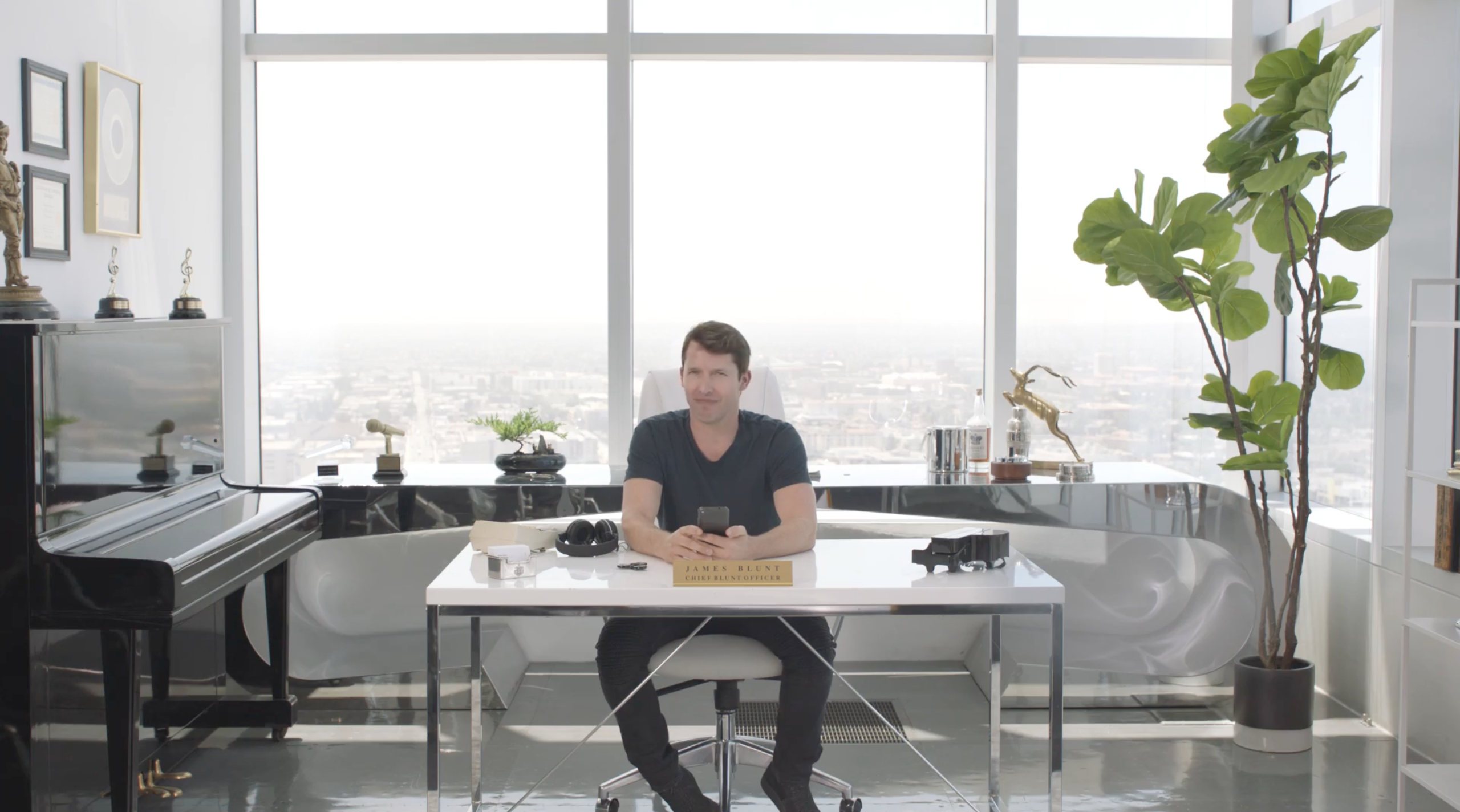 Filmed on 10th August, the video opens with the You’re Beautiful singer in his office at the Hollywood dating app’s HQ, where he holds the position of “Chief Blunt Officer”.

Blunt then swipes through a series of profiles on the dating app, offering critiques in-line with his new persona as an MOR funnyman.

The promotional campaign comes after the May release of the former British soldier’s fifth studio album, The Afterlove, and before he heads out on his world tour.

Check out the video below.