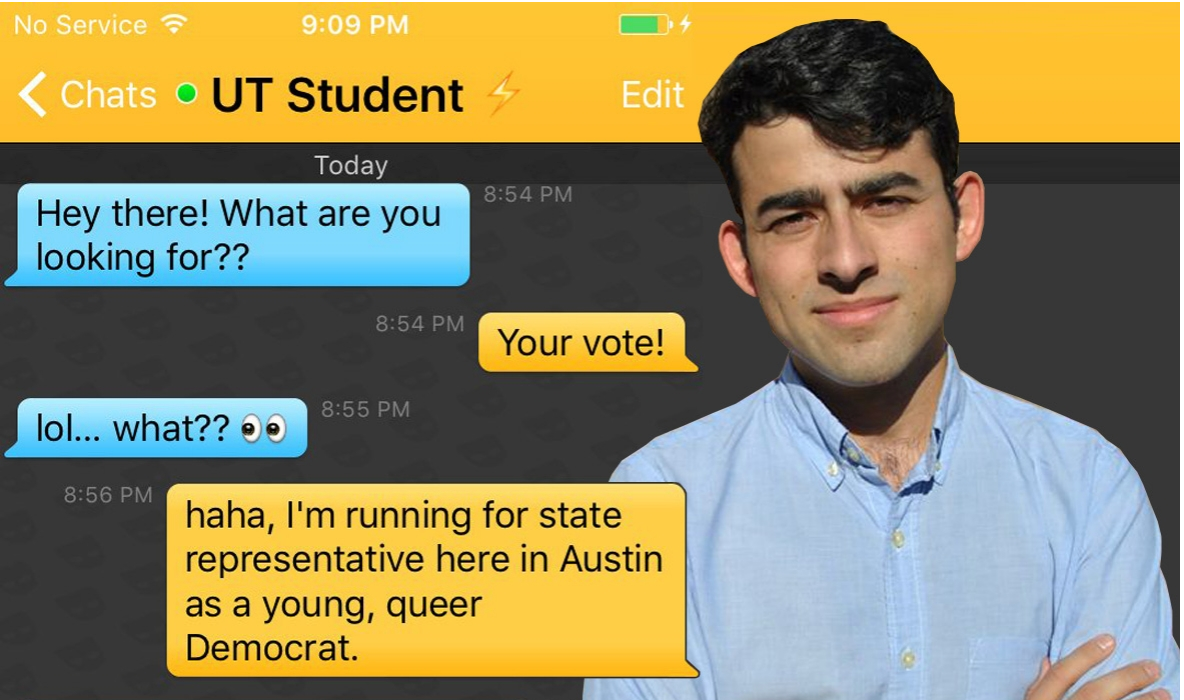 A young Texas democrat has recently added popular dating apps Tinder and Grindr to his list of outreach tools for his campaign to become state representative in Texas’ District 49.

Former University of Texas student Huey Rey Fischer was recently interview by Slate, to discuss his use of the unconventional tactic of interacting with potential voters through hookup apps.

He revealed that in order to engage with people, volunteers come in and send messages to users like, “Hey, how’s it going, are you registered to vote?”, “Go vote in the Democratic primary for Huey Rey Fischer!” or “Huey Rey Fischer is the progressive choice on the ballot!”

In his campaign, Fischer mainly wants to tackle student-related issues (such as college canvassing, early voting drives, a focus on student debt), which makes campaigning on these apps – where most users are young – all the more suitable.

Fischer even has a campaign phone in the office that is “dedicated to Tinder and Grindr outreach”.

According to Slate, he identifies as “a queer, vegetarian, Latino “progressive Democrat on a bicycle””, and has previous experience of using Tinder.

But despite Fischer’s unorthodox campaign style, this is not the first time we have seen hopeful politicians use Tinder to raise awareness and ultimately, get votes.

Greggor Ilagan, a Hawaiian 29-year-old councilman running for District 2 Hawaii State Senate made an account on the app in a bid to chat with potential voters, however this backfired after he realised that people were more interested in going on a date with him than his actual campaign.