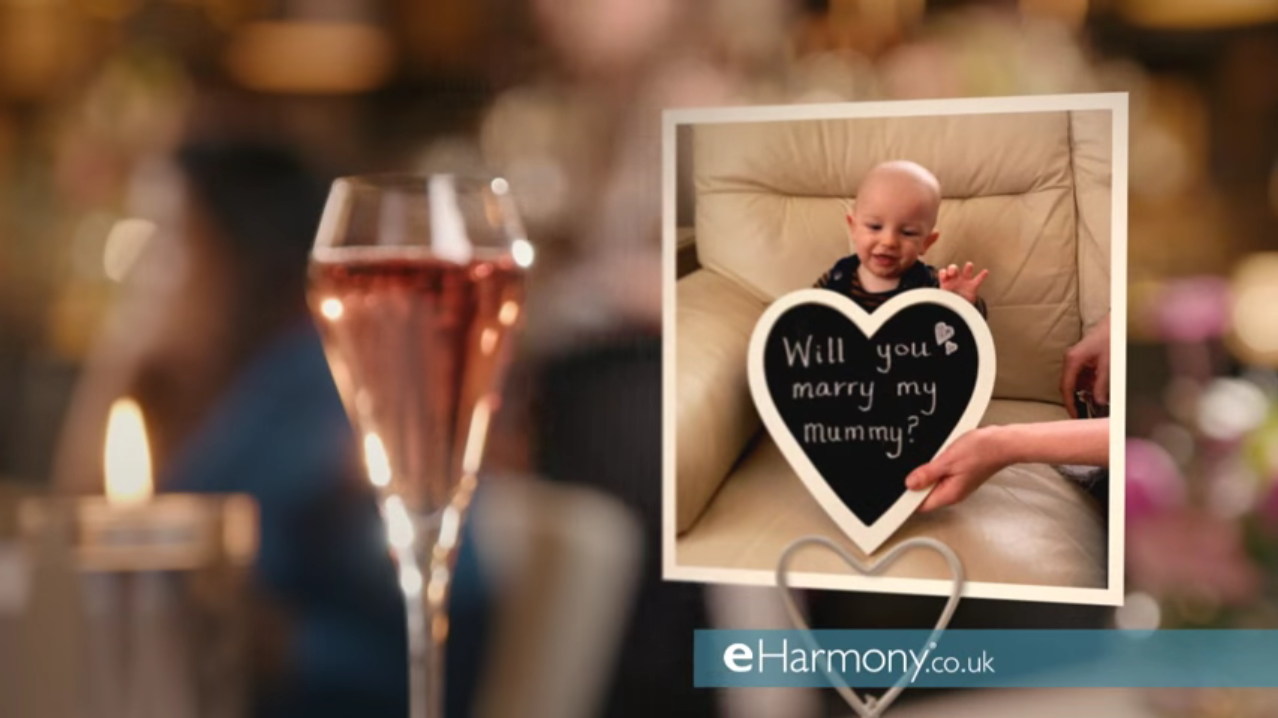 The 29th February marks the date on which, every four years, women can famously ask their partner to marry them.

And this year, dating site eHarmony.co.uk has recognised this Irish legend by capturing the moment when two of the company’s former users got engaged for a new video ad.

Caroline and Neal met on the site six years ago, just a few months after they both joined the site to continue their search for the perfect partner.

The two have since welcomed their first child Ollie, but had not yet tied the knot.

And so, in-keeping with the timely tradition, eHarmony.co.uk filmed Caroline’s Leap Year proposal to an unsuspecting Neal.

Released yesterday, the site’s “Leap of Faith” video shows Caroline present Neal with a photo book when the two are having dinner in a restaurant.

However, the final image in the book is of their son holding a board that reads: “Will you marry my mummy?”

Accompanying the video is a short interview with the couple, who recall when they met, their first date and the moment they both knew they were in love.

eHarmony also is giving others the opportunity to celebrate Leap Year 2016, by offering a discounted subscription for a limited time only.

Using the promotional code LEAPYEAR2016, new users will only pay £14.95 per month for six months.