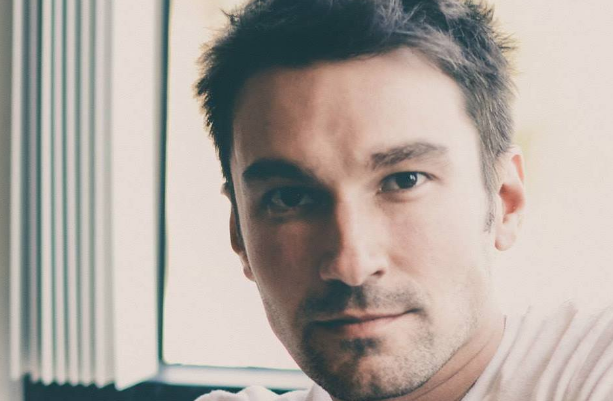 At the end of last year, Tinder co-founder and Chief Strategy Officer, Jonathan Badeen, took part in a Live Chat on Product Hunt, answering questions about his time at Tinder, his views on the latest tech trends and giving insights into the products Tinder has recently launched.

The man who invented the swipe, Badeen has been integral to Tinder’s success, which last year was named the highest grossing dating app in the world.

Tinder also recently opened new offices in Palo Alto, and throughout 2016 released a set of new products and features including Tinder Boost, Tinder on Apple TV, Smart Photos, along with integrations with Spotify and iMessage.

GDI has collected some of Badeen’s best responses from the Live Chat below, which you can view in full here.

On the Tinder swipe

“When we were developing Tinder, people’s profiles resembled a stack of playing cards—and from the beginning, I had a nagging desire to gamify it.

“Using the buttons to move the cards felt clunky – I wanted more fluidity. Finding and selecting the appropriate button felt deliberate and sluggish, whereas in a real world scenario, the decisions we make are quick, subconscious.

“Funny enough, the idea for the swipe came to me one morning during a hot shower. About half way through my shower I realised I forgot to turn on the fan.

“When I stepped out, the room was especially foggy. I wiped the mirror clean, but within a minute it was fogging up again. I wiped it clean a second time, only this time, I wiped in the opposite direction.

“I saw a familiar face looking back at me in the clear sliver of the mirror that my hand had just…swiped. I had imagined the card stack as being sorted and that additional card stacks for yes and no existed on opposite sides of the screen.

“The swipe was the simplest way to get the card from point A to point B. Conveniently when you swipe right it’s as if you are dragging the card into your match list on the right. From there, I immediately went into the office to tell the team and started building the swipe into Tinder.”

How to secure a job in tech

“The best advice I can give is to play up your strengths. There are many different facets to a successful tech company, and having employees with business savvy is extremely important.

“There are many people who work at Tinder that do not code, such as our marketers, PR team, international team, community team, etc. I would also advise you to speak up, have confidence and be bold in what you have to offer.

“If I were afraid to share my opinion and code the swipe into Tinder (note: I did so without telling the team that it was in the latest update), I wouldn’t be answering your questions today. There is no wrong answer. There are many different paths to one solution. Oftentimes, people in the tech industry want a fresh perspective — and who better to offer that than a new recruit?

“If you do have a desire or think that you could have a desire to code or create apps, pursue it. I was a business major myself and majored in marketing. A couple years after college I taught myself to program. It’s hard to learn depending on your personality but it opened a lot of doors for me. Just keep at it.”

The idea behind Tinder for Apple TV

“Since its launch, friends have been swiping for each other on Tinder. There is an existing behavior that we’ve observed in which people will Airplay Tinder onto the TV when they have friends over.

“We wanted to improve upon this natural and social behavior by making a truly native experience. The Apple TV provided us the perfect tools including the remote with trackpad which allowed us to bring the #SwipeRight to TV and into living rooms.”

“Los Angeles is growing as a tech hub, as you say. It’s still got a ways to go before it reaches SV levels but it’s still a great place to choose as it’s being taken seriously by both entrepreneurs, tech workers and VCs.

“First and foremost the best reason to choose LA is the weather. We really get spoiled here. We also have a lot more diversity here in contrast to the mono-culture of our northern brethren.

“That diversity can not only be fun but it can be good for business. In our world, we must identify real world problems and trends.

“While LA is by no means a normal place, it can paint a bit more accurate of a picture as to how the world utilizes and views technology.

“It’s often pointed out that SV brought us Google Glass while LA brought us Spectacles. These real world realizations can be important in defining or choosing a product to develop.

“You also won’t be annoyed by all the people in Starbucks talking about their series A round or ever see terminal.app on somebody’s computer. Instead we get to listen to people brag about pitching their script to a studio or their amazing auditions.

“Did I mention we have Disneyland? Game over.”

“When we started Tinder and in those early days, we often said “that would be a good problem to have” when referring to engineering and scaling issues.
“After you’ve encountered enough situations where those good problems became problems (like we did), you stop saying that. There comes a point where we had to consider those “problems” and handle them preemptively.
“We make very different choices now and thankfully don’t need to cut as many corners to keep Tinder up and running.”
Check out the full Live Chat here.