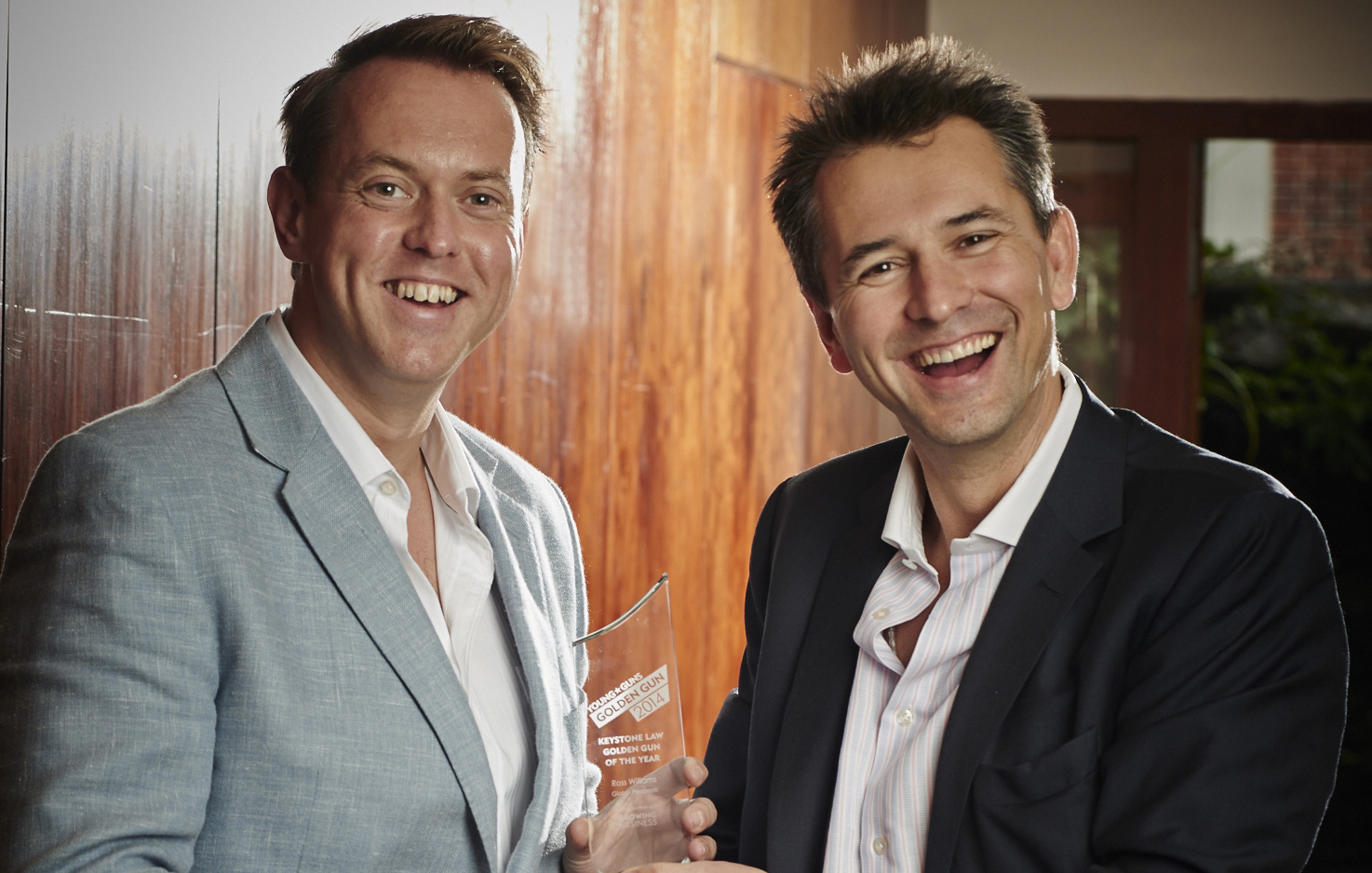 Co-founder and CEO of Global Personals, Ross Williams, has been selected from the 350-strong Young Guns entrepreneurial alumni to be named Keystone Law Golden Gun.

Given by startups.co.uk, the award recognises an outstanding member of the Young Guns alumni, who are made up of the most talented entrepreneurs under 35.

“Being named a Golden Gun winner just three years after being awarded the Young Gun title in 2011 is an honour. The last twelve months have been a whirlwind for Global Personals.

“We were recognised as delivering significant economic impact to the UK, named in both Tech City UK’s Future Fifty and a report from the London Stock Exchange Group, as well as opening a new office in San Francisco, with the volume of first-time US subscribers on our network increasing by 228%.”

Ian Wallis, the editorial director of Startups.co.uk, said: “The Young Guns alumni contains the founders of some of the UK’s most successful independent businesses of the last 20 years, so Ross was up against serious competition.”