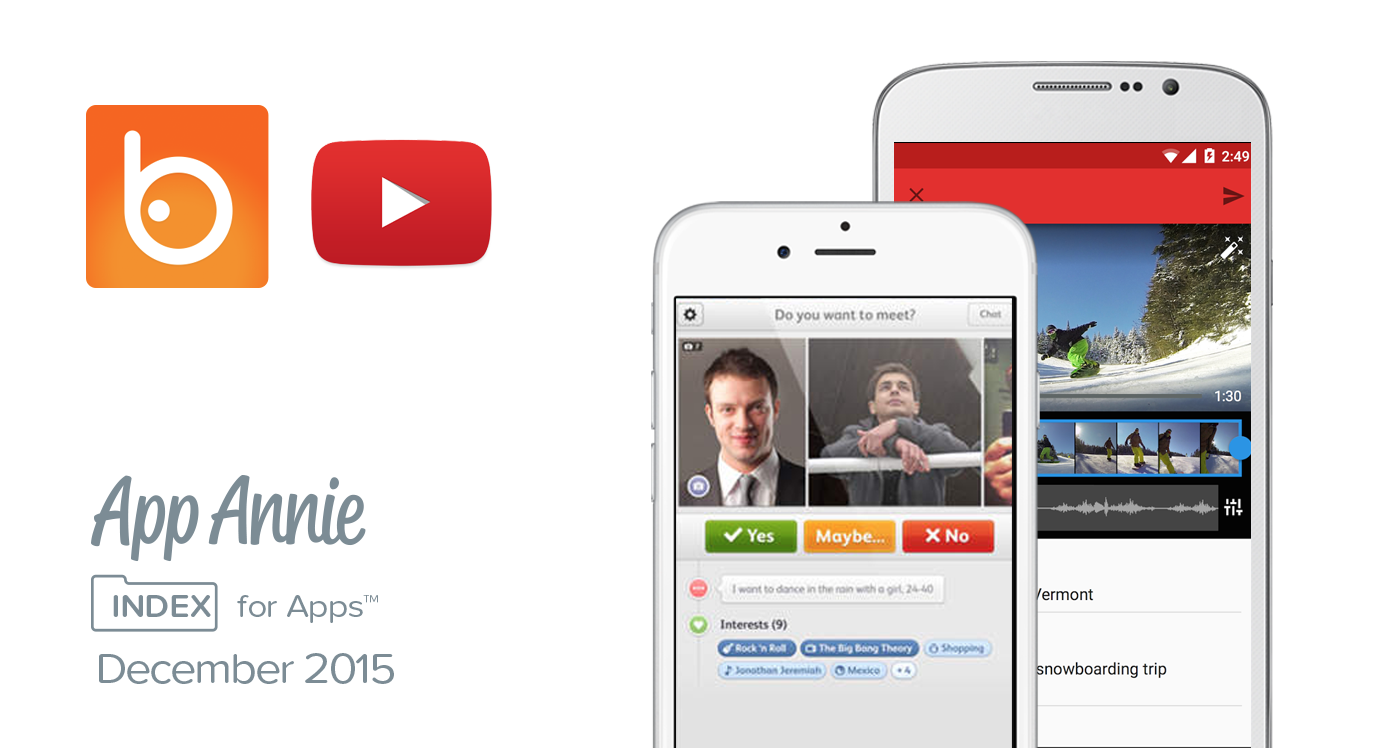 Badoo and Tinder maintained the presence of dating apps in the iOS revenue rankings in December 2015, a new report by App Annie has found.

The analytics company has just released its latest Worldwide Index for Apps, placing both apps in the top ten iOS apps for revenue.

Tinder dropped one place down to sixth after being superseded by Internet TV streaming service, Netflix.

However, Badoo moved up three ranks to position itself at number nine, above Chinese streaming portal iQIYI.

App Annie attributed Badoo’s first appearance in the iOS top ten since March 2015 to a surge in growth across the United States, United Kingdom and France. 
In December, dating apps also maintained their stronghold in the Google Play top apps for usage and revenue.

LOVOO and Tinder held onto their high rankings in Google Play’s revenue chart for apps outside of gaming, with LOVOO climbing two places to top the “Top Dating Apps by Monthly Active Users” for France.

In December, Tinder continued to its growth across both platforms.

App Annie said: “Across both the iOS App Store and Google Play, Tinder continued to be the highest revenue-generating mobile dating app in December.

“As we identified in our 2015 Retrospective report, Tinder led the monetization of dating apps for 2015.”

And with the recent surge in dating app usage over the festive period, it is likely that the dating apps will maintain their positions within the rankings over the next few months.

In addition, the index also revealed that Netflix is closing in on its top video streaming competitors, with the app now boasting over 75m members worldwide.