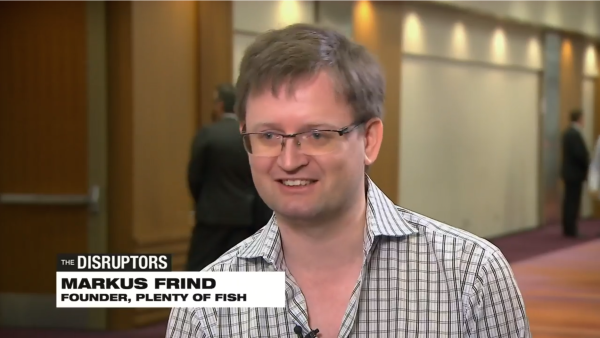 Last Thursday, the founders of Plenty of Fish & Lavalife sat down for an interview, to discuss the “bitter” rivalry between their two businesses.

Bruce Croxon, who is now the host of The Disruptors, conducted the one-on-one interview with Markus Frind, a dating innovator he describes as ahead of his time, whose site “ate our lunch” when it appeared on the dating scene in 2003.

Throughout the enlightening interview, the pair discuss the differences between their sites – Lavalife with 400 employees, PoF with one – and how Frind’s model changed the dating industry by focusing on free dating and generating revenue through advertising rather than subscriptions.

Croxon also asks the Plenty of Fish founder about what led him to sell his business last year, with The Match Group agreeing to buy the site for a massive $575m – the dating industry’s biggest ever acquisition.