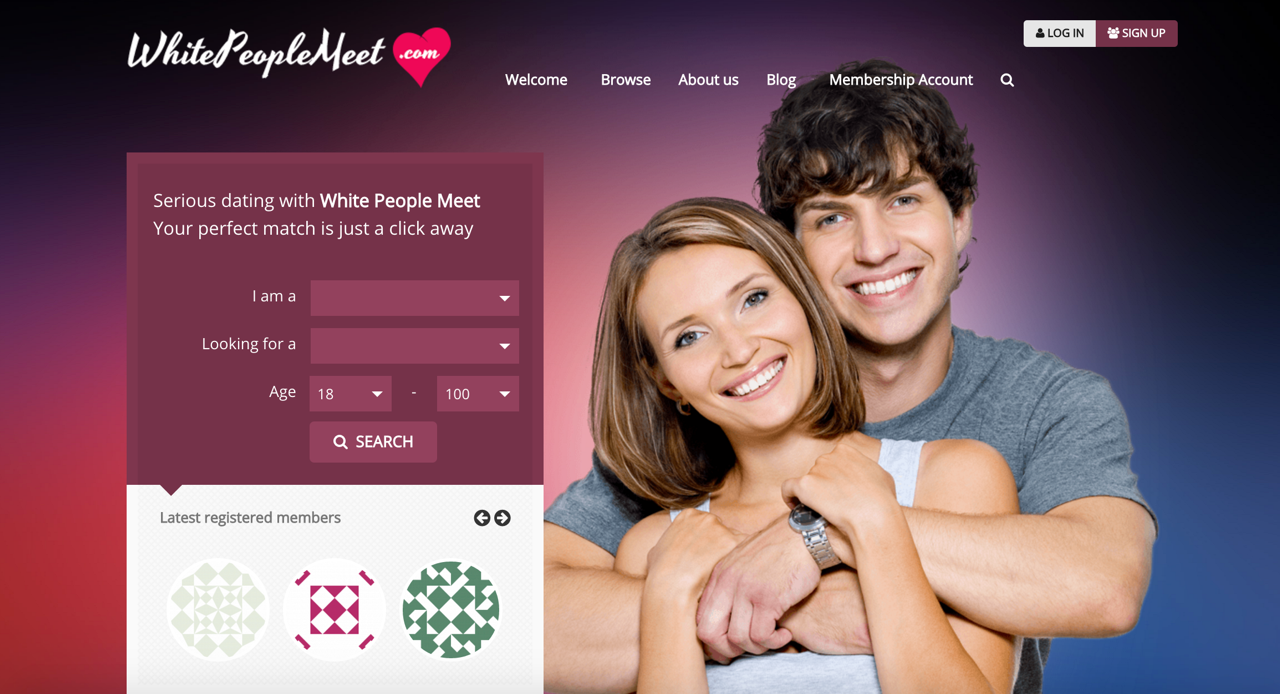 The owner of controversial site Where White People Meet has rushed to defend the site, saying it isn’t racially motivated, and that he once dated a black woman.

Earlier this week, a billboard was noticed by the side of the road in Utah for a new dating site called Where White People Meet.

The news of such a site was obviously greeted with anger, as well as some confusion, considering that Utah’s population is 91% white.

NAACP Salt Lake branch President Jeanetta Williams told the Salt Lake Tribune: “I just thought it was kind of strange they would put it in Utah. A large population here is white.

And obviously expecting the kind of furore the site might create, its owner, 53-year-old ex-car salesman Sam Russell, wrote on the dating site’s About Us, saying: “I am sure some of you are wondering about the concept and need for a dating website titled Where White People Meet.Com. “Our answer to that would be why not? There are various dating websites that promote and cater to just about every origin, race, religion and lifestyle out there. So again, why not Where White People Meet.Com?”

And in a recent interview with the Washington Post, Russell has further clarified his intentions, and reaffirmed that the dating site doesn’t come from a racist position.

Russell said: “It’s about equal opportunity. The last thing in the world I am is racist. I dated a black woman once. I helped raise a young black man. I just believe it’s hypocrisy to say ‘one group can do this, but another can’t.’”

The 53-year-old said he bought the domain in May 2015, and tasked his son, a high school senior, to design it.

And despite the name of the site, and its clear focus, Russell said the site is for “anyone”, as long as they “are at least 18 years of age and you agree to abide by the rules and regulations set forth for all members to follow.”

He also told the Washington Post that since the official launch, 100,000 people visited the site on Sunday, and as of yesterday, had 1,033 members.