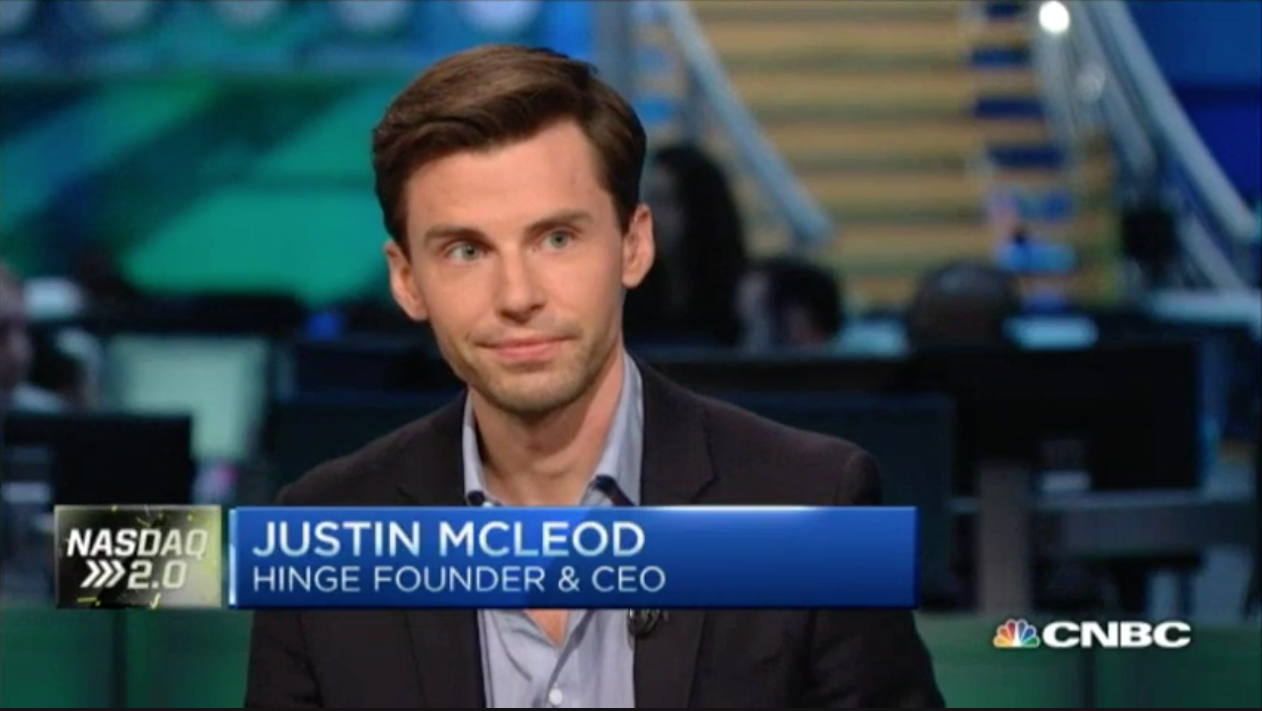 Justin McLeod, the founder and CEO of Hinge, recently appeared on NBC, speaking about the app’s growth.

In the interview – an example of Hinge’s growing stature – McLeod said the app’s user base was growing 20% month over month.

He also reiterated the marketing line about Hinge being the Facebook to Tinder’s Myspace – coming after an early market leader, but offering a much more real and superior user experience.

Last week Hinge revealed they are planning their first international launch in London.

Watch McLeod on NBC News below: