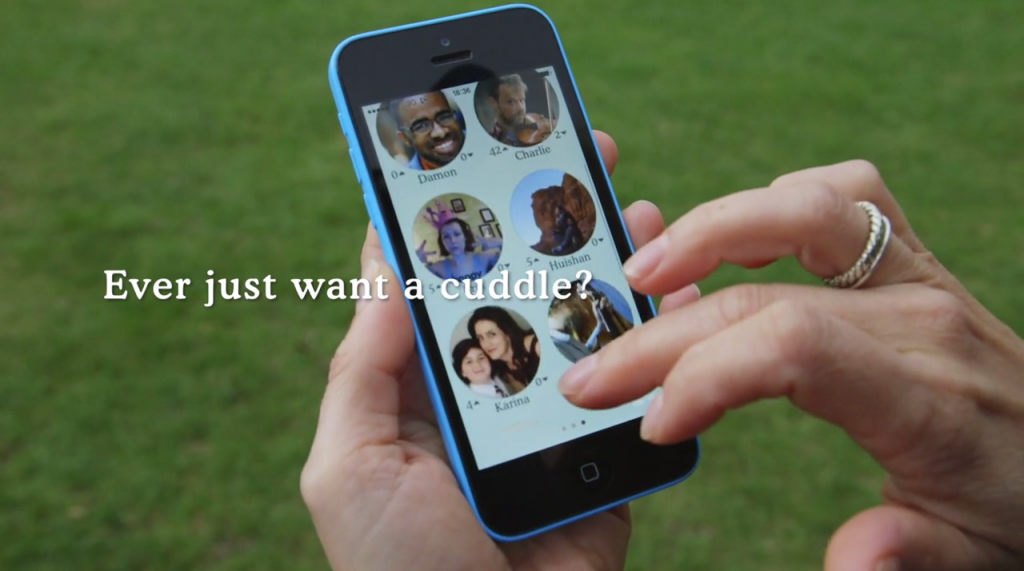 The location-based app for cuddling strangers that made headlines last year has been acquired by a New York-based company.

Cuddlr was launched last September by entrepreneur Charlie Williams with a vision to help spread love by letting people request platonic hugs when they needed one.

The “Tinder for hugs” app generated a lot of good press, with articles appearing in the BBC, New York Times, Salon and TIME.

The app let users input their details, browse through potential cuddlers, then request a hug and be sent real-time walking directions to their hugging partner.

As Williams said: “On Cuddlr, you get together straight away, have a little cuddle, and then part ways. If you want to hang out again, you can exchange information then and there– but you already know what kind of cuddles they give.”

Following its launch, the app – which was created by Williams alongside Montreal-based designer Jeff Kulak and speaker and author Damon Brown – saw over 300,000 downloads.

And now the app has been acquired by NYC-based company Hiplex LLC, and is being rebranded as Spoonr for the US market.

The company also owns Spoonr’s “sister app”, Tryster, which is a free check-in based dating and flirt app.

Tryster lets singles check-in somewhere and notify other users how long they’re going to be there, so interested singles can meet up and chat with them.

The dating app will also be adding Spoonr’s hug-request service to its offering.

Explaining the inspiration behind Cuddlr, Williams said: “Our culture doesn’t have a space for closeness without pressure. The way we talk about meeting and sharing space and contact with someone assumes that it’s centered explicitly around sex and dating, or based on the kind of affection a parent might show a child. We’re not getting the right type of contact often enough; we don’t give and get enough hugs.”

With the rebrand, Hiplex has released a Spoonr update to the App Store and Google Play store which implements the name change and re-activates the app – with users’ history and matches remaining intact.