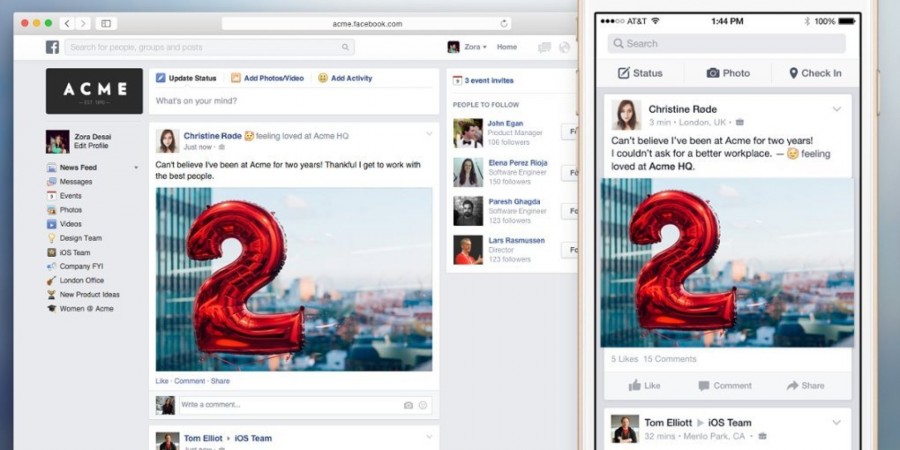 The new service is very similar to their social network, but for businesses, to let their employees coordinate with one another.

Facebook at Work will have all the familiar features of Facebook, with a news feed, groups, events and messenger.

The interface will not follow Facebook’s standard blue colour scheme however – the business tool will be white.

If your company signs up, you create a work identity that is separate from your social Facebook account.

Those outside your company will also not be able to see your account.

“We have found that using Facebook as a work tool makes our work day more efficient. You can get more stuff done with Facebook than any other tool that we know of, and we’d like to make that available to the whole world.”

The service is planned for full release later this year, although this may change.

“Monetisation is an interesting point here. Due to privacy/confidentiality issues relating to internal company communications, this will need to be a paid for service, as enterprises will not accept adverts being pushed at them based on the content of internal, private discussions

“This is unlikely to be a huge new revenue stream on its own, given that it would be competing with Yammer, which is well established in this space. However, this would be a new, recurring revenue stream, and it would put Facebook in front of people for more of the day, which may serve to increase engagement with Facebook in general.”

Although the service is only available to trial partners, check out the app here.