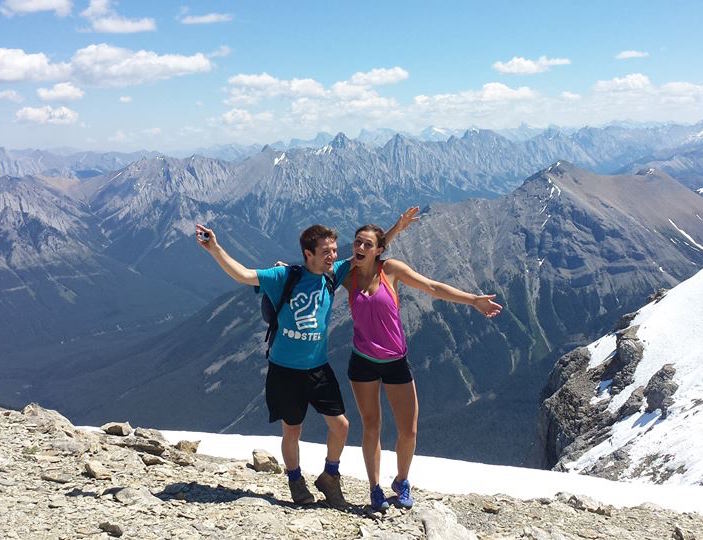 A British backpacker used Tinder to help him hitchhike 7,500 miles across America.

It took 24-year-old Daniel Beaumount three months of hitchhiking to get across Canada, and was becoming tired of getting rejected on the side of the road, having spent many hours trying to catch a lift.

So Daniel, from Kendal in Cumbria, decided to turn to dating app Tinder, creating a profile which said:

“Nomadic traveller of 2 years from Britain. Currently hitchhiking 20,000km across North America. Trying to get by through the generosity of wonderful people. Need to reach New York City by early November. Can you help me get there?”

The response he had was overwhelming, amassing almost 4000 matches.

Beaumount said: “I wasn’t necessarily looking for dates so I had opted for quite a broad age range, looking for women aged between 18 and 50 who were located within five miles of me.” He also attributed his success to other sites like CouchSurfing and Craigslist, which also helped him on his travels.

Through Tinder, he expanded his adventure to include a tour of Hollywood, a trip to the Grand Canyon and a camping trip on the West Coast of the USA.

Beamount said he “battled with my ego for a very long time and could never find the courage to go beyond myself and ask others for help. Sometimes you need drop that shit, erase the fear of being judged, and let yourself become beautifully vulnerable.

“Human beings are wired to help each other, and from what I’ve seen in 2 ½ years of travel, no matter where you go in the world, regardless of cultural differences, there are ALWAYS tons of amazing souls who are willing to lend a helping hand.”

In the end, he matched with 32 women who helped him get across America to New York.

Beaumount is now starting his own hostel business, called Podstel.