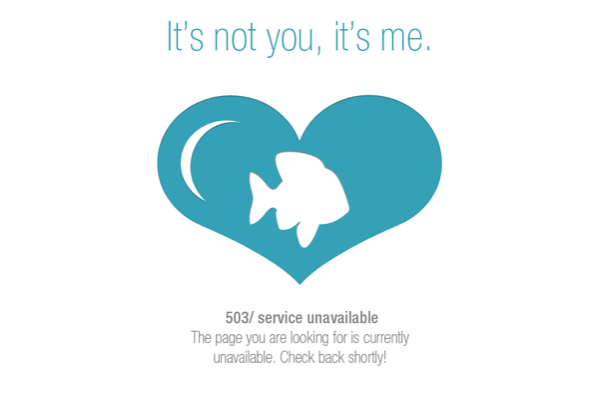 Plenty of Fish was yesterday the target of a DDoS attack, which took the website down for five hours.

In a blog post, Director of Engineering Chris Simpson said at 6.54am PST they received the following email:

He said the site have received similar threats in the past which turned out to be fake, but at 8.13am they were hit by a distributed denial of service attack – which knocks websites offline by flooding the servers with incoming traffic.

Plenty of Fish’s website was taken down, and it soon spread to their mobile service.

“this think thing peaked at 40Gbps (40 gigabits per second). If you are familiar with the TV show House of Cards (the modern version with Kevin Spacey), 40Gbps is like downloading the whole of series one in a single second.”

In comparison, community social network site Meetup was the victim of an 8Gbps attack, which took them offline for five days.

At lunch, the Canadian-based site received another email, which confirmed that this was a case of extortion:

The ransom was dismissed, and PoF worked with their ISP to identify the source of the offending traffic and used various means to block it.

By 13.00, the site was back up, with all PoF services running normally, and without any customer data being compromised.

In the past few months there has been a spate of DDoS attacks – Vimeo, bit.ly, and Basecamp were all victims recently, and marketing analytics software provider Moz was hit this past weekend.