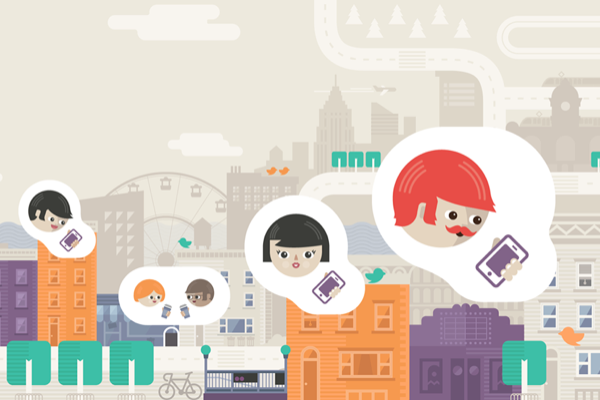 The team behind the controversial sex-on-demand app Pure have released an app for platonic relationships.

Yep! wants to help create “spontaneous get-togethers” – whether for people new to a city, or those simply looking for friends to share their interests with.

A user makes a request with a one hour limit – perhaps for a city guide, a restaurant partner, or a player for a sports team – and if someone responds, they can call or text each other.

Yep! was made by GetPure, the team who launched the sex app Pure last November.

Pure received a lot of press coverage, as it intended to make meeting for sex as easy as hiring a cab.

However, the team had trouble getting their sex-on-demand focus past Apple’s stringent App Store policy, and released it as a “Dates Right Now” app.

Yep! uses the same format as Pure, letting users state what they are looking for, then immediately putting them in touch if they get a reply.

“The concepts of Yep! and Pure are virtually the same, to get what you want, right now. The difference is context. Pure is about meeting people for casual encounters as quickly as possible.

“Yep! is strictly platonic. It’s about being spontaneous, and serves as a method for people to set up flash hangouts with new faces, help newcomers to explore the city, and even creating long lasting friendships through their smart phones.”

The app is available on iOS, with an Android version coming soon, and users can get a free subscription and unlimited requests until 2015.