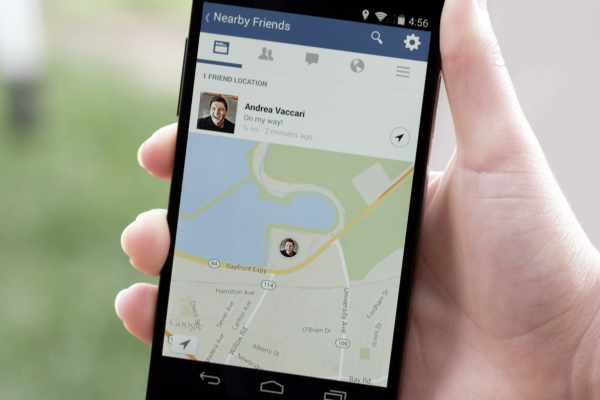 Facebook are launching a new location-based feature which lets users know which friends are close by.

Nearby Friends will be available in the US over the next few weeks, and it “helps you discover which friends are nearby or on the go.”

The feature, built for Facebook’s Android and iOS apps, shows you who is nearby – to a distance of around half a mile – and will occasionally send notifications when friends are in your vicinity.

Andrea Vaccari, Product Manager at Facebook, said they hope the feature will encourage users to meet up with people whose number they might not have, but would still like to spend time with.

In a press release, Facebook were keen to stress that the feature was optional – it is automatically turned off, and has several privacy measures.

Your nearby location can only be discovered if you and your friend both turn the feature on, and you must also choose who you want to share your location with – whether close friends, all friends, or a customised group.

The other main component of Nearby Friends lets you share your exact whereabouts – shown on a map – with certain friends, for a limited time.

This exact location cannot be shared to a group – you must share it individually with each user.

Vaccari was CEO of Glancee, a startup acquired by Facebook in 2012 which let users connect with people nearby who had friends and interests in common.

The language in the release also hints at how location data generated from the feature could be used for targeted ads in the future: “When you see a friend visiting a place you’ve been, it’s the perfect opportunity to send a recommendation for a great restaurant.

“You can also make last-minute plans to meet up with a friend who happens to be in the same place you’re headed to.”

Facebook are clearly being very careful around the security and privacy of this feature, and if user adoption is good and people become happy with sharing their location, then the feature could help Facebook become more of a platform for offline connections.

Nearby Friends is only available to over-18s, and will be launched across the US over the next few weeks on iOS and Android.