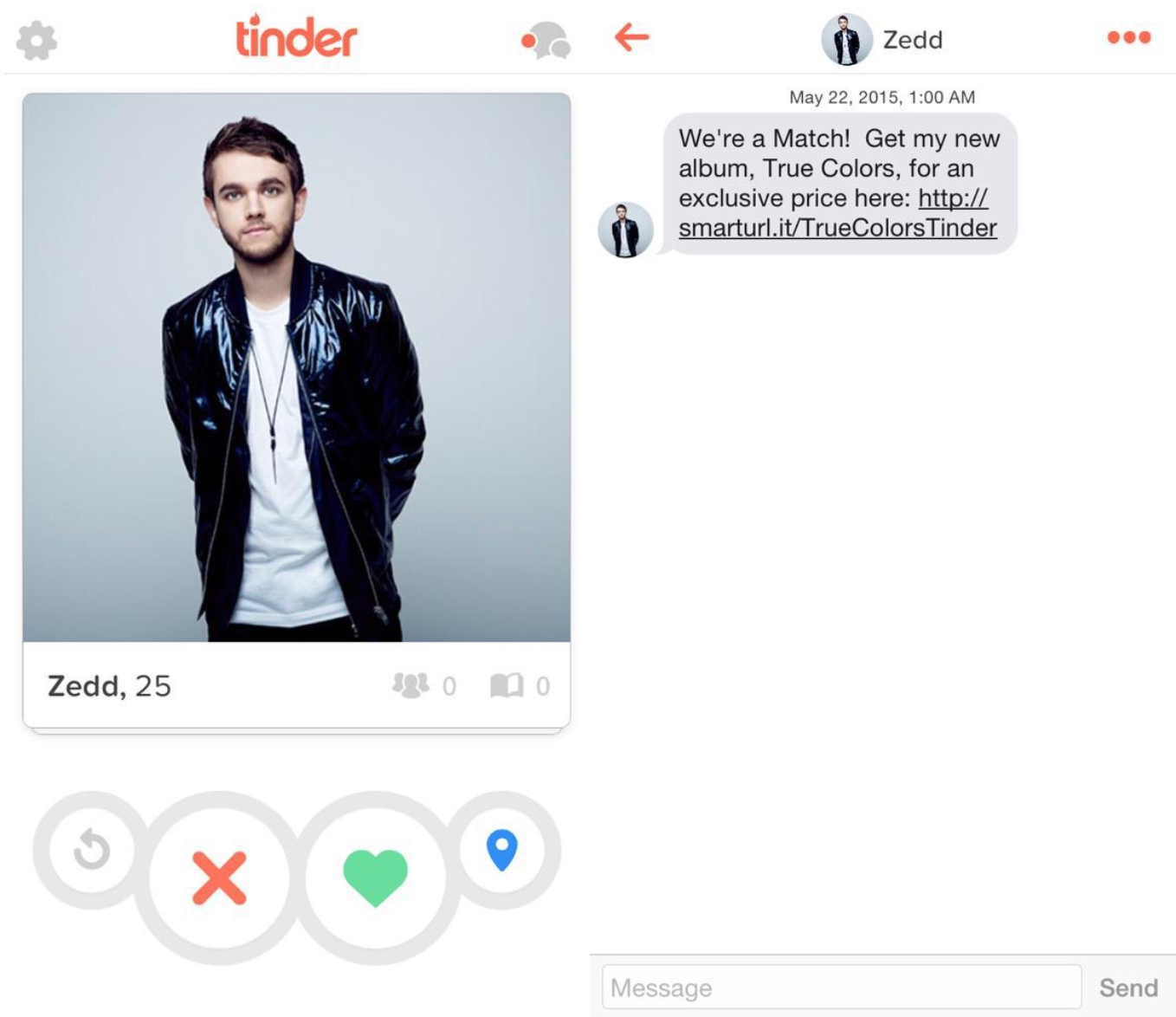 Tinder has been ramping up the commercial side of its product in 2015, and their latest partnership uses the dating app to help sell music.

The Hollywood-based company has added profiles of electronic music artist Zedd to the app, offering his new album at a reduced price to users of Tinder.

The partnership is a collaboration between Tinder and Zedd’s label, Interscope Records.

Tinder users who encounter Zedd’s fake profile and swipe right are subsequently messaged with a download link to his new album, which was released on 21st May.

Tinder are offering Zedd’s album True Colors at a reduced price of $3.99, a four dollar discount compared to iTunes and Google Play price.

Tinder have said the collaboration is not a money-making venture, but rather a marketing relationship along the same lines as the Jason Derulo and 20th Century Fox partnerships earlier this year.

Forbes recently said that the Derulo campaign – which let users swipe for an exclusive look at his new single – was a huge success.

Tinder said over 1.1m people swiped right to the campaign in three days, and of those 1m, 14% clicked through to the iTunes page.

The dating app has been very busy this year, launching their premium service Tinder Plus, and adding their first in-app ads, in the form of Bud Light adverts that promote a party weekend.

Reports also emerged saying Tinder was speaking to Facebook and Twitter about advertising on the mobile app.