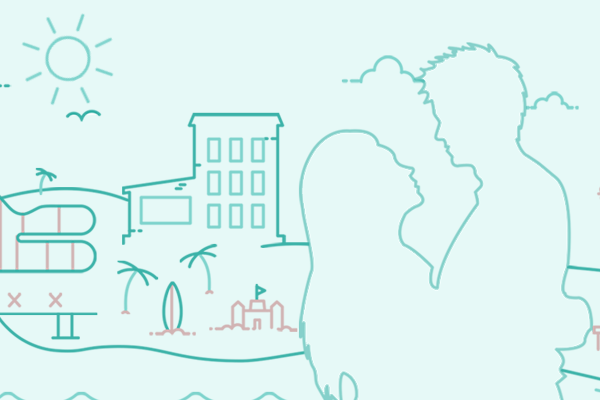 Floret is a new gamified virtual romance app, based on the stable marriage problem.

After you log in via Facebook, four men and four women enter the game room, and have 90 seconds to browse each other’s profiles, and then rank them from 1-4.

They are then matched on the Stable Marriage problem, a concept found in maths and economics.

“The stable marriage problem is commonly stated as: Given n men and n women, where each person has ranked all members of the opposite sex with a unique number between 1 and n in order of preference, marry the men and women together such that there are no two people of opposite sex who would both rather have each other than their current partners. If there are no such people, all the marriages are “stable”.”

So you will always receive a match, but it might not be your first choice.

“In simpler terms, this means that if you were stranded on a tropical island with your group, you’d never have to worry about your perfect match running off with someone else”, Floret said.

From this basis, Floret have created a virtual romance service where players communicate through text and video messages.

Floret hopes to eventually be able to replicate real sensations like touch and smell virtually, to help heighten the power of an online romance.

Asked why you would engage in a virtual romance, CEO of Floret, Milad Moh simply said that it’s easier.

“Having a relationship virtually, through videos and photos and messages, is easier than meeting up in real life.

GetYou was another app released recently which gamified first impressions – letting users answer questions about each other when their profile popped up.

As instant Tinder-style introductions become second nature to daters, we will likely see many more dating services experiment with gamifing first impressions, trying to find a balance between engagement and ease.