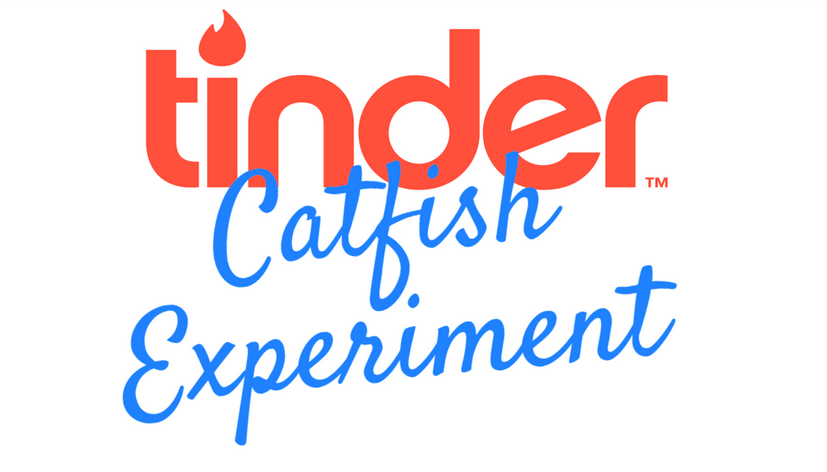 A recent experiment has revealed some interesting insights into the minds of online daters, and what they know about catfishing and online dating scams.

Online verification company DirectID conducted the experiment in an effort to learn more about the world of online identity and fraud protection for online daters.

Inspired by a video they produced called “On the Internet, Nobody Knows You’re a Dog” the team invented Martha, creating a Facebook account for her and linking it up to Tinder.

Martha was 25 years old, with a degree in Engineering from the University of Edinburgh, and is into Taylor Swift, AC/DC and Homer’s Iliad.

During the experiment, they swiped right for 250 users, matched with 200 of them and interacted with 10% of them.

They found that 70% of their matches were scared of catfishing when using dating platforms like Tinder.

Many of them also admitted they have shared personal information with people they met on a dating service, including their date of birth and mother’s maiden name. The researchers also found that the number of users who detected Martha’s suspicious behaviour was alarmingly low.

And although they matched with 200 users, only 3% of singles reported Martha’s account to Tinder.

Throughout the entire study, only one person thought Martha’s account was fake.

Not only did the experiment study the sharing of personal information on dating services, it also looked at how users know they are talking to a real person.

They found that 46% of the women asked preferred to connect on Facebook, while 38% of women and 63% of men said they based their judgements on gut instinct.

The results end with advice for online daters in light of the experiment’s findings, telling them why suitors often ask for certain information, and the dangers they should keep in mind.

Here are the full results: