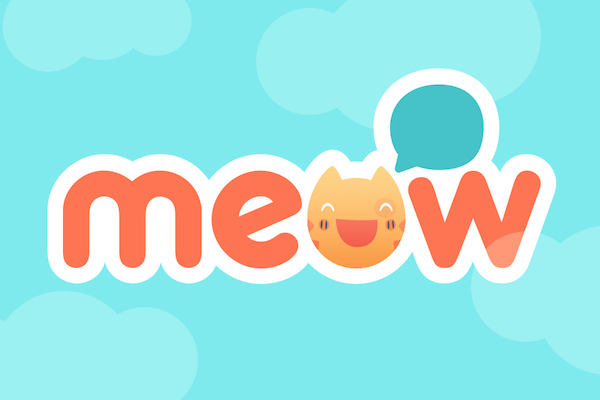 MeowChat is a new instant messaging app that takes inspiration from Chinese social apps like WeChat.

MeowChat was released a year ago, but received attention yesterday because they relaunched and a huge number of invitation notifications were sent out on Facebook.

The messaging and dating app claims to be the “fastest growing social network, with millions of members from every country”.

MeowChat is like a social discovery version of WhatsApp that matches you with nearby users, like a dating app.

The app also has a lot of similarities to hugely popular Chinese apps like Momo, WeChat and Line – messaging apps that are regularly used for dating and hookups.

MeowChat lets you message friends and chat to random people via text, picture and audio messages.

Minus, the New York developers behind MeowChat, have added a random chat feature into the latest version.

If you click the orange cat, you are connected to either a group chat, or a one-on-one discussion.

Initially the app creates matches based on location, but the more you fill out your profile information, the more you will be matched together based on your hobbies and personal preferences.

You can also browse nearby users to see who you might be compatible with.

The app also has a gamified element, giving users points if their pictures are favourited, or if they invite their friends to download the app – hence the influx of notifications yesterday.