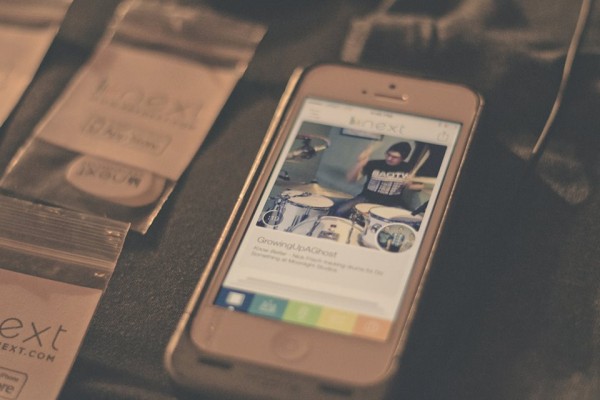 Tinder co-founder Christopher Gulczynski has moved his sights into the social aspect of music with new app, Next.

Next uses the same UI and design that Gulczynski created for Tinder – with users swiping through clips of musicians.

The performers have 30 seconds to capture the user’s attention.

In an interview with The Next Web, Gulczynski said:

“We want to be the democratization of access to music. We’re coming from a place of real passion and wanting people to be heard.”

Whilst they are making it a place for independent musicians to be found, he welcomes the music industry if they “play nice”.

“There’s a stigma around the music industry that it’s notoriously hard to monetize. What we’re trying to do is circumvent that by growing a critical mass of people on the platform, by coming around the backside. If the “music industry” wants to be a part of it, we’re going to force them to play nice…Next is always going to be a home for the person with a guitar sitting in their bedroom. It’ll never grow away from that. The core of the product will always be focused on the little guy.”

Next is available from the Apple Store, and visit their site here.